Electric and Water in a Vintage Camper

This week's post is for all those people out there with a vintage camper, thinking of getting one or just curious how we deal with two of the main concerns/components of a vintage travel trailer: electricity and water.

When we got Myrtle, the water had already been removed (apart from the toilet...I guess. The previous owners said they had used it, but we never even tried that out.) The electrical was the original 1963 electrical and hook-ups and according to the previous owner "We didn't get it checked out, but it seemed to work fine."

Hmm. Does that make anyone else feel a bit uncomfortable? The walls had been recently replaced (including all the supporting wood) and the exterior resealed. So, the last thing I wanted to do was dig into the walls and replace electrical. Also, I know nothing about electrical. This would have been a project heavily supervised by my more handy relatives.

So, what to do? We did use the original wiring for 1 camping trip for a light. However, the previous owner had hardwired a window A/C unit in, and I can not imagine that the wiring system was designed to take on that kind of load.

After a couple of camping trips, I decided it was time to figure out a solution. The number one thing recommended to us as we started renovating our home was to wait renovate until we had lived in it for a few years. Its an excellent way to figure out exactly what your family wants and needs.

We do not use a refrigerator while camping. Our trips are just a couple of days, so a heavy duty cooler does the trick. (FYI: We also have a separate one for drinks which really helps keep the ice in the food cooler) We discovered through a couple of camping trips we only need electricity for: (1) lighting in the camper, (2) charging our phones occasionally, (3) a small single serving coffee maker,  and (4) *maybe* the A/C. However, to be honest if it's hot enough to use the A/C we generally aren't going to be camping with young kids.

Once we knew what we needed to the electricity for, it was pretty clear an extension cord would be enough power. (With a separate A/C power cord if we were going to run that). I created a solution from a problem. What I mean is, the previous owners took out all the original windows. (I have recently acquired some "new" original ones that will slowly make their way back into the camper). On the front windows they just covered up the area with insulation and sheet metal. While that's less than ideal aesthetic wise, it does make it much easier to create some sort of pass though for an electrical cord.

Using PVC pipe, a hole cutting drill bit, screws, butyl tape and glue, I created a way to pass through the extension cord into the camper without having to prop and window or door open. I have a threaded cap that goes over the opening when we're not camping or using it so there's no issues with bugs or mice getting in. 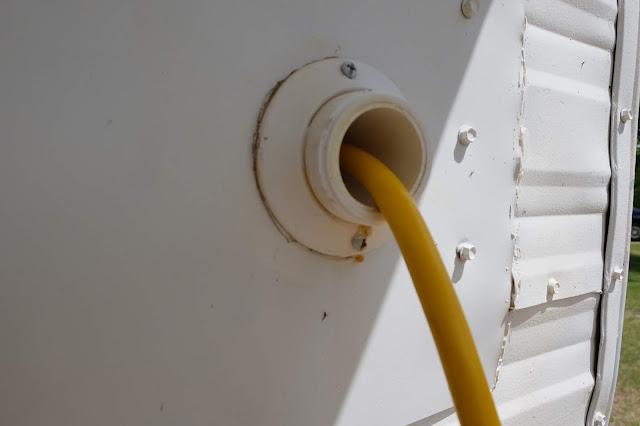 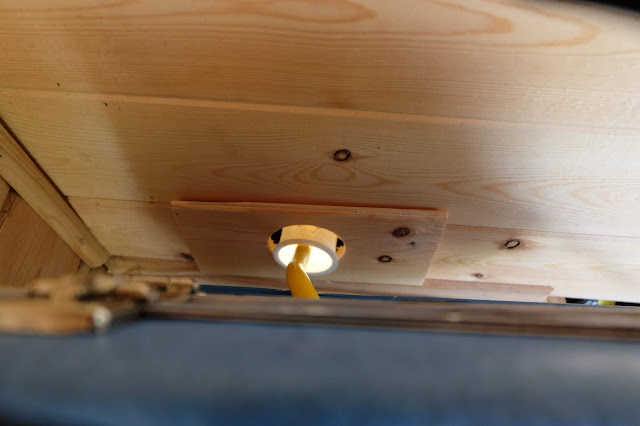 I hide a power strip and all the cords in a vintage luggage case when not in use. Also, in order to create a "switch" for the lights, I used a simple remote outlet on the overhead lights. The remote is attached to the wall with a command strip. 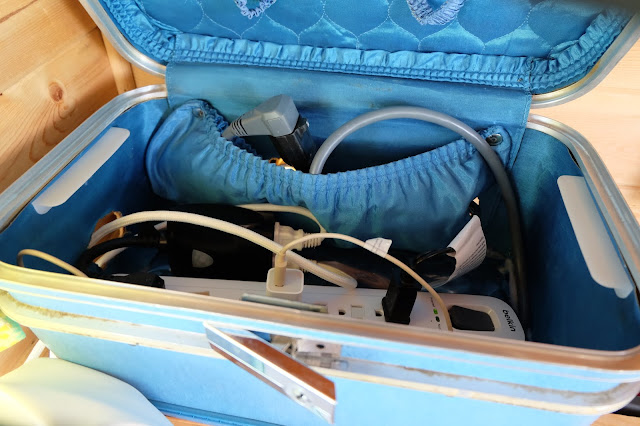 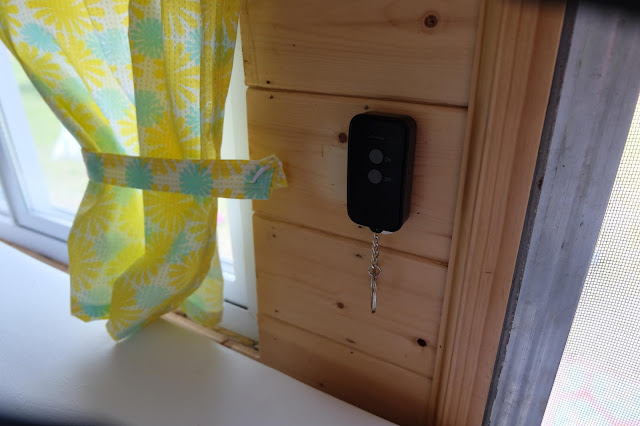 The second issue is water. We buy our drinking water in separate gallon jugs (and keep in the drinks cooler), but we still need water to clean dishes, wash hands and brush teeth. Our solution for this problem was the original sink (which will get a paint job in the future) with a bucket underneath and a 5 gallon water tank over the sink. I made a stand for the tank so it could hang over the middle of the sink. 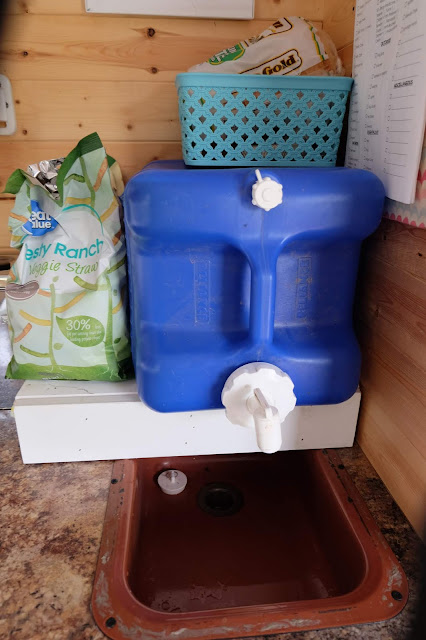 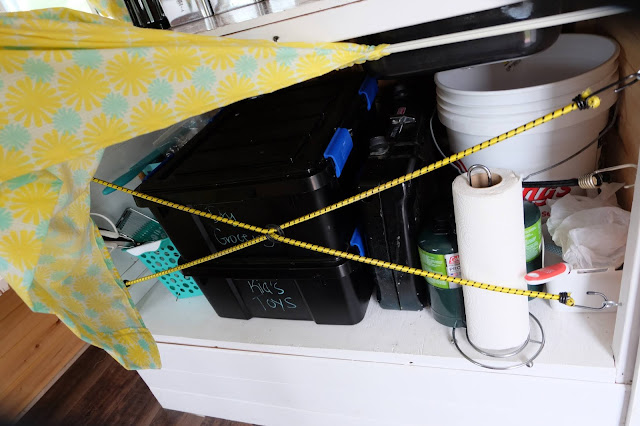 We use biodegradable soap while camping so the waste water won't hurt the environment. The only complaint I have with this system is that it's a bit hard to wash large dishes in the small sink. I wish we had a tank that was less deep and was taller. (So, I'm on the hunt for one that fits that criteria). The 5 gallons lasts our family two full days with a bit left over.

It's not luxurious per se, but we're people that really just wanted something that was one step up from tent camping with a bit of style. I think Myrtle perfectly fits the bill. (And no grey water tanks to deal with!)