DIY Sunday: Handmade Christmas and The Pinterest Report Smash Up

Hello from bar studying is no fun land!

As I mentioned more than once, I'm in the process of studying for the bar, so I apologize for the absence! March 1, I'll back on a roll with all this blogging stuff.

Lots of exciting things going on here. My husband is in negotiations for a job, so hopefully here soon we'll know where we're going to end up in June! Fantastic! Of course that means I've been house hunting every place he interviews. It's sure fun to window shop for a house....the grown up part about it isn't so much fun (i.e. loan applications, inspections, closing costs, etc.) But right now I'm living in la la land of looking at houses and picturing all the DIY projects I could do. And, I'm using my study breaks to watch Rehab Addict on HGTV, so naturally now I want to rip everything out of all the houses I find, and I'm particularly drawn to beat up old houses that need some TLC. Perhaps it will become a blog series someday? Probably followed by a series about how my husband is ready to murder me for pulling up all the carpet and yelling "I JUST WANT BRICK" as I smash away at the dry wall.

Anyways, bit of a catch-all post here. I did some DIY Christmas gifts that are mostly Pinterest inspired, and I wanted to share the results with you! Would have been nice if I could have shared before Christmas so you could steal the ideas, but that would have ruined the surprised for my recipients! Oh well. Use some of these projects for your MLK gifts you'll be giving on Monday. (Wait, you don't give a present on that day?!? For shame! :p

First up is the very popular sharpie marker mug project. If you've joined the land of Pinterest, (don't forget to follow me here!), you've inevitably seen this. I did some due diligence prior to starting my project and used some different hints I found across several blogs. This is what I did:
No news if they were completely destroyed by the first wash or not. 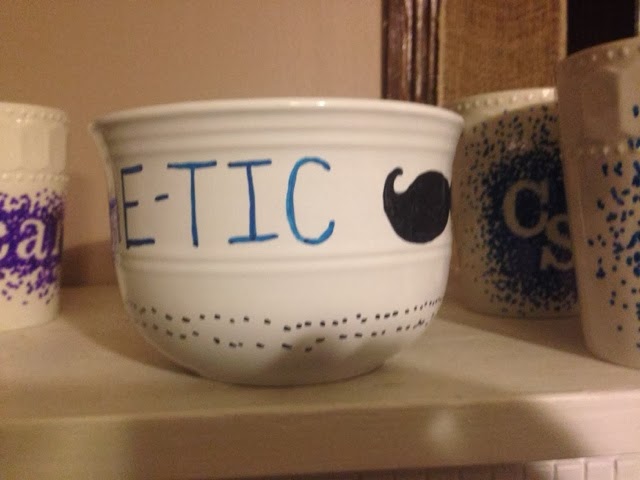 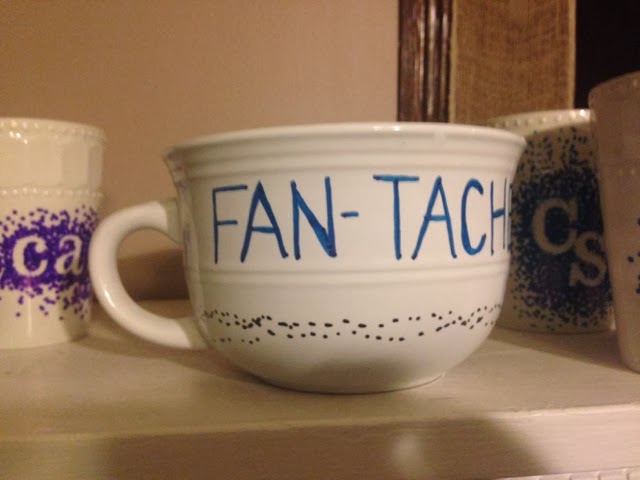 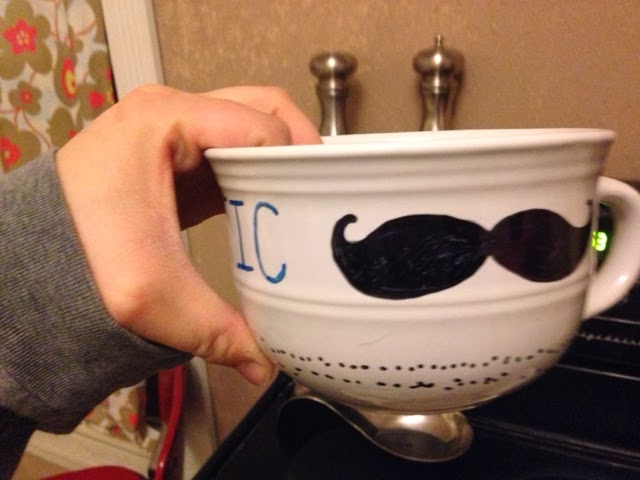 Second project was a simple Silhouette project. I cut out some vinyl and created a custom frame for my uncle's project car. I did some research about what logo would have been used during the time the car was built, and then used the trace function in the Silhouette software. 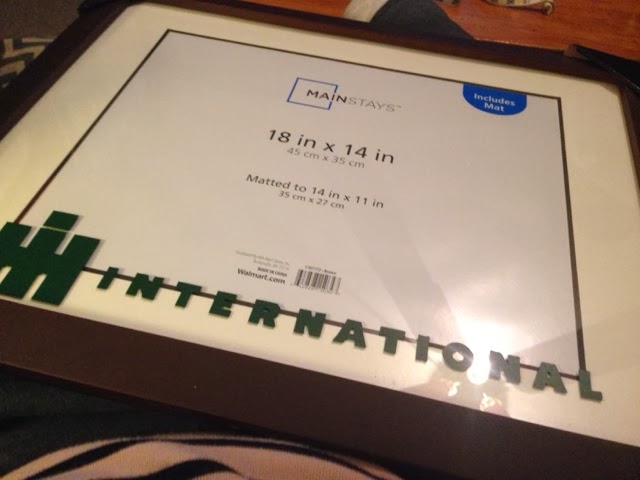 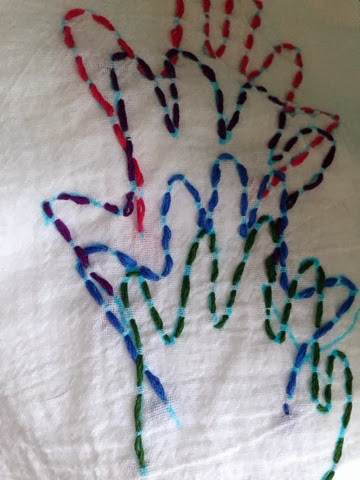 Fourth project was also a Pinterest inspired idea, painted wooden spoons. I got wooden spoons from Wal-Mart, and added a pop of color with some acrylic paint. I then sealed just the painted portion with some clear spray. 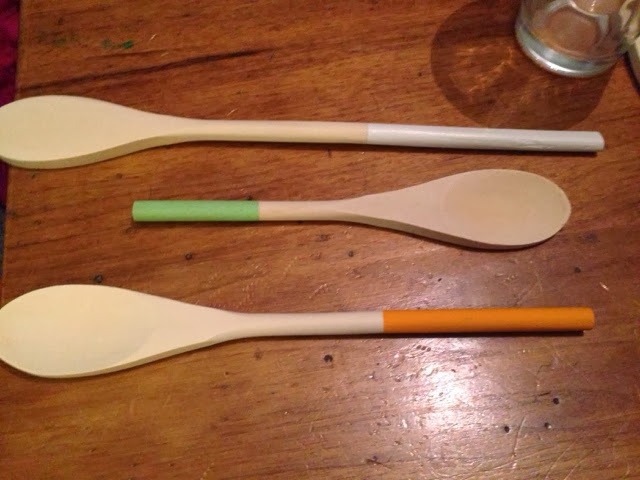 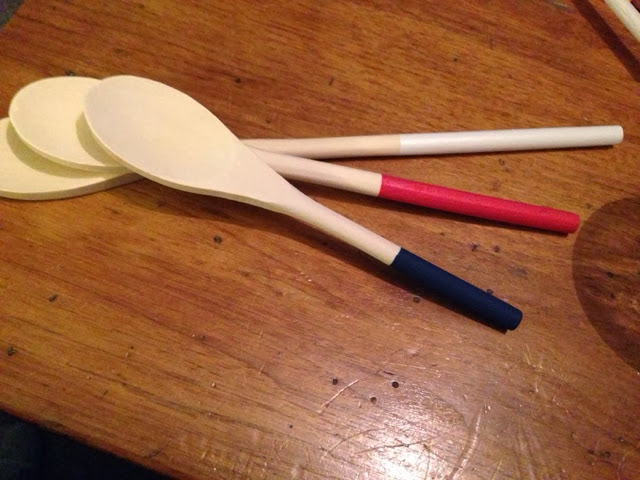 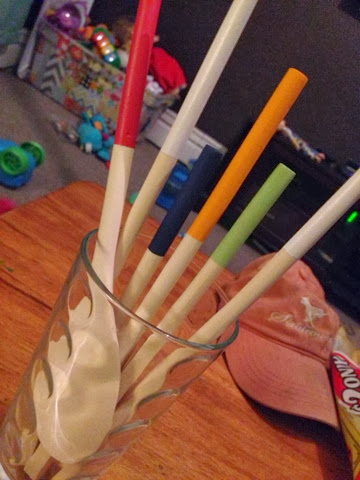 Last project was a personal one to the husband. This last spring/summer, he had to finally send his beloved 1995 Taurus to the junk yard. He had over 250,000 miles on the car, and it survived our courtship, engagement, marriage and kids. It was one uuuggggllllyyyy car, but he was very sad to see it go. I went to the junk yard the day after he dropped it off and had them pull out the seat belt. I then used the seat belt as a matte for a picture of us the day we got engaged (which was right by the car). 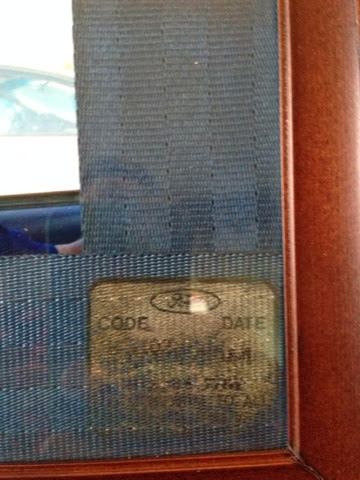 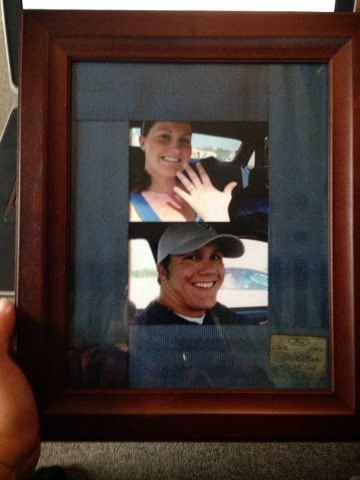 I have a DIY post coming soon...as soon as I can get my iPhone to decide it's a good idea to upload pictures. Until then, I thought I would share my new work bag. Well, at least new to me in the sense it just joined the rotation of Thirty-One bags. I had been waiting to use it since it's much larger than the Cindy tote I was using previously.

This is the new (hostess exclusive) Suite Success bag. It has a laptop sleeve, thermal zipper pouch (great for throwing a snack or soda into) and tons of pockets. (Seriously...tons). It also has a pocket that will allow it to slide over the handle of a rolling suitcase. Awesome!

What do I think of it? I do love the look of it. I wasn't so sure about the fabric when I saw it in the catalog. I would have preferred something more "twill" like, but the blue is actually very twill like in person (and not so denim jean like). The bag is pretty heavy. Super duper heavy. Now, I'm not sure if that's the bag or rather all the extra junk I'm sticking in it (like a huge bar review book). I have a fairly large work laptop, and it fits it nicely and fits all my accessories for work and studying. It also seems to be a better quality fabric than some other bags I have gotten in the past. Over all, I love it, and I love the yellow personalization I went with. (I tried to step out of my aqua comfort zone)

Contact me if you'd like to host your own party and be eligible to get this awesome bag (maybe even for free)! 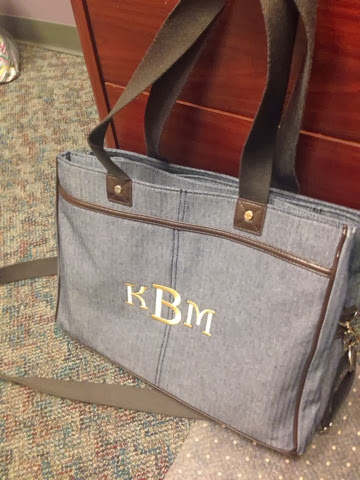 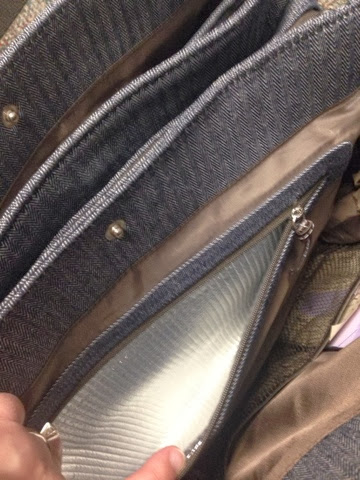 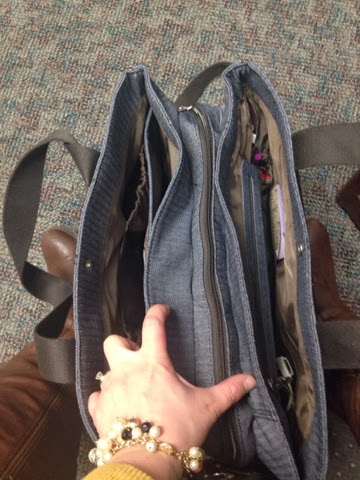