Yeeeeehhhhaaaawwww Partner!
I was going through old blog posts, and I just now realize I never blogged about the Toy Story party I did for my daughter in May. I can't believe I missed it! I did a ton of projects. I made stick horses as party favors, tons of signs and banners with my Silhouette and we even mined for gold! Pinterest really makes this sort of thing easy and cheap to do. (Not only do I want a wedding do over, but I would take childhood birthday parties do overs as well)

Check out the Jessie-rific fun! My daughter still talks about it! :) 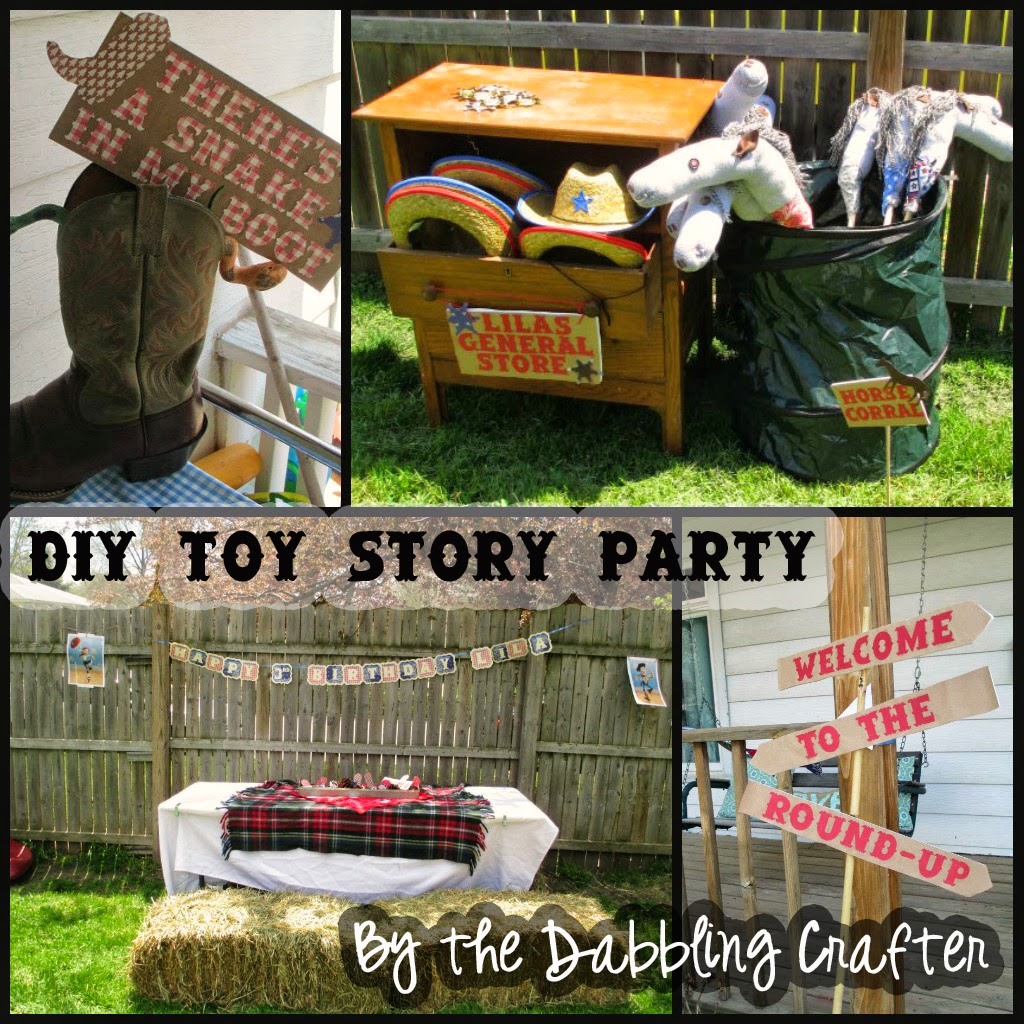 I've already starting to plan the next one. I fear we're still on a Rapunzel kick, so expect pink. Looooootttttts of pink.

So, when guests arrived at the party, they came into our backyard and picked up their sheriff badge and cowboy hat. Then, they went over to the gold mine to mine for some gold so they could buy their horse. 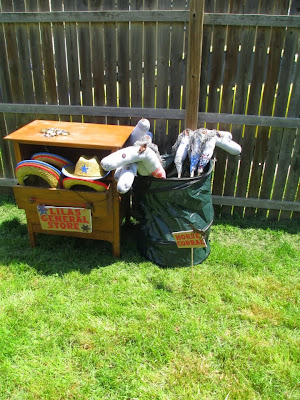 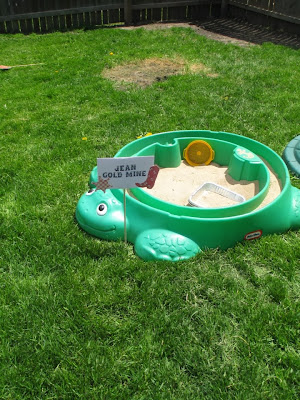 Mining for gold with some pie tins and rocks I spray painted gold. This was easily the biggest hit at the party. The kids looovvveed to mine! 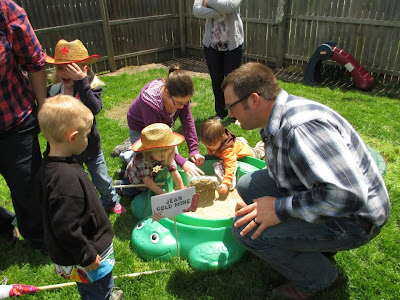 After everyone bought their horse, they joined us in some horse races across the yard. 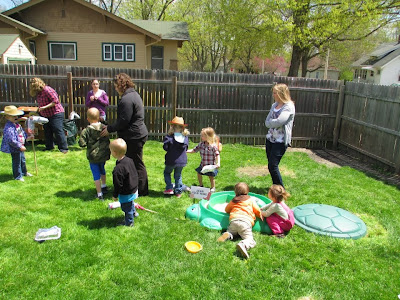 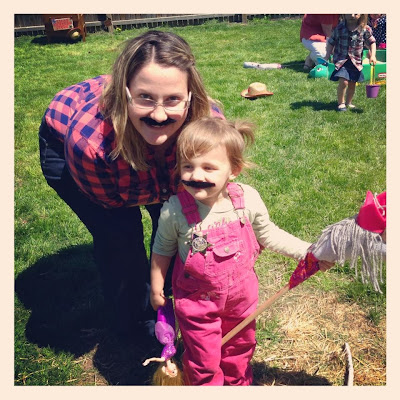 My daughter's horse had a pink crown. :) Even cowgirls need some birthday bling! 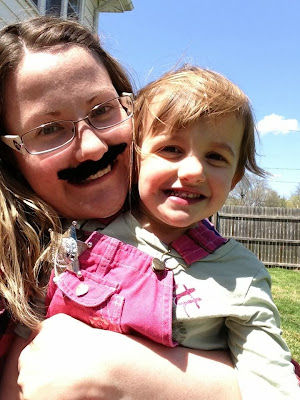 I think I look we look pretty good in mustaches!

Then, we tried to throw a snake in a boot! It was much harder than I thought it would be! 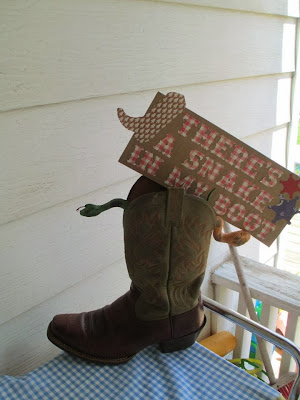 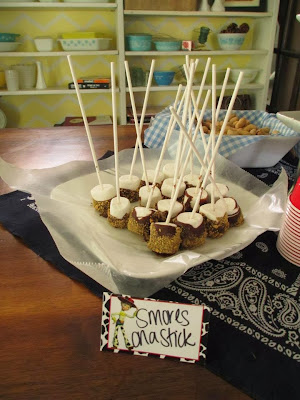 Smores on a stick. Great, especially out of the fridge! 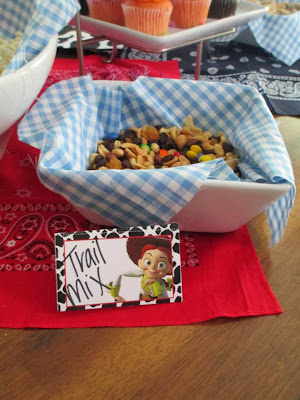 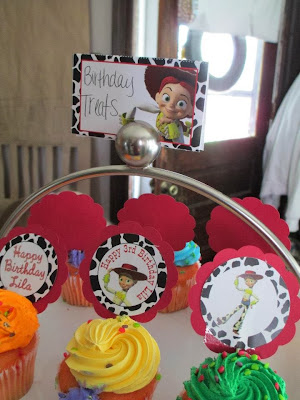 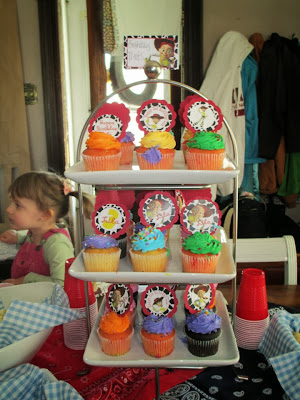 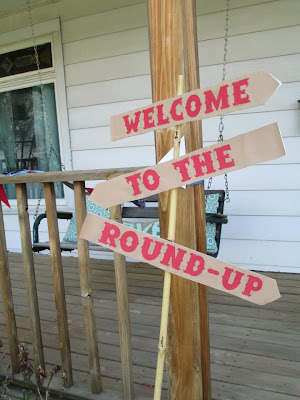 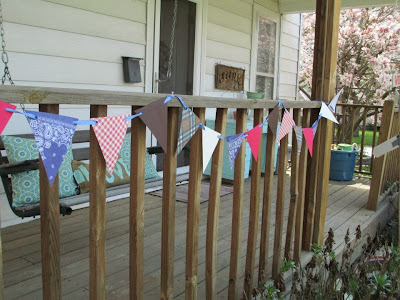 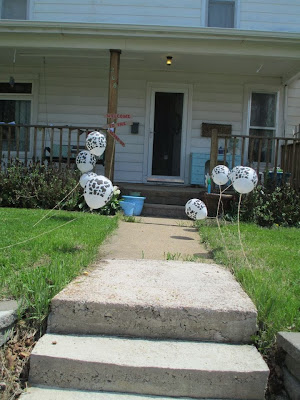 Cow print balloons stuck in the ground by golf tees. It was pretty windy, but it would have been a fun idea otherwise! I have Pinterest to thank for this idea as well! 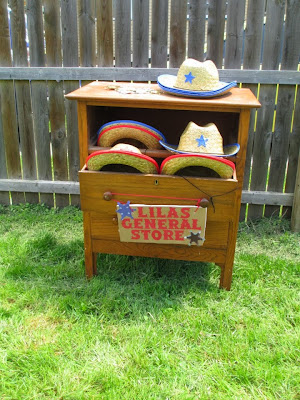 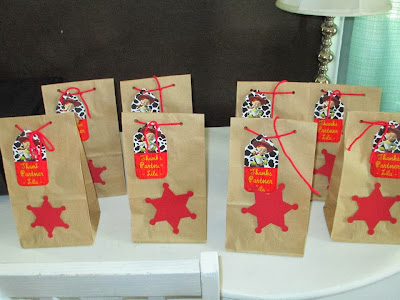 Favor bags. Each guest got mustaches, a cowboy rubber ducky and some Toy Story tattoos (plus their stick horse!) 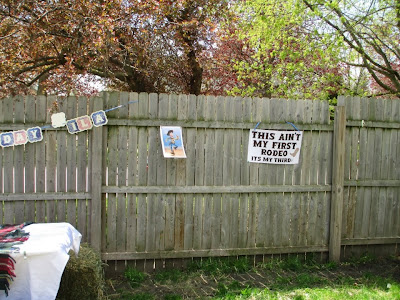 Here are some of the signs I made. We had some Woody's, Jessie's, and Bullseyes printed and put up. Plus, I made some signs with my Silhouette (including this one that said "This ain't my first rodeo (it's my third)"...totally an idea stolen from Pinterest! 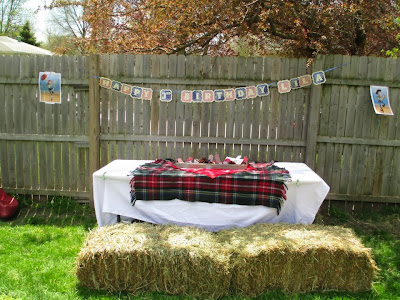 Our main table. I had a flannel blanket that was great for the table. We also got some hay from a professor at my husband's vet school (which was AWESOME). Bandanas and a banner complete the table. 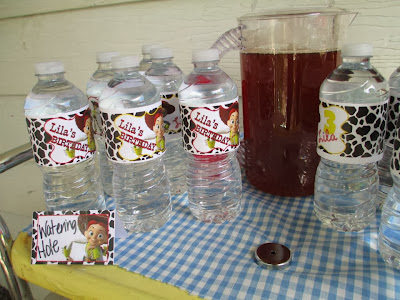 I broke down and bought a customized party set from a girl on Etsy. She provided templates for invites, water bottle wraps, thank you tags for the favor bags and cupcake toppers. You just have to get them printed at a local print shop. 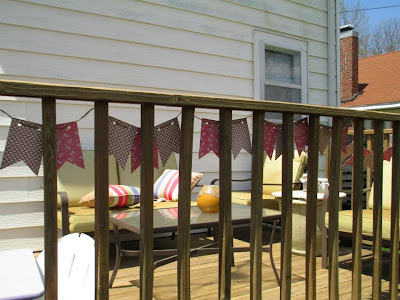 Another Silhouette banner. I had some fun paper left over from my woodland/hunting themed baby shower. This banner has s'mores and trees on it. 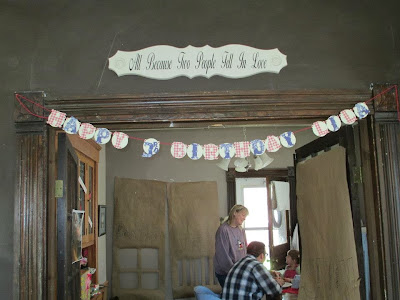 Banner from the negative space of the banner outside. (get more bang for your buck to not through away the negative space on the banner!) You can see some large brown paper town buildings I had made (a jail, post office and general store). Originally, they were going to hang off the clothesline so people could go in and out of the buildings, but it was just too windy. 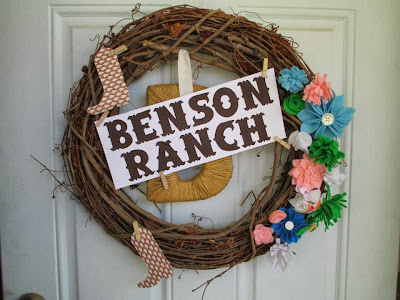 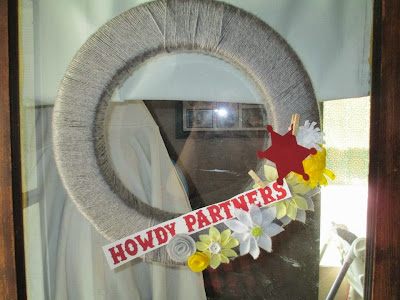