Hello There!
It's time for a little tutorial about making your own bibs. I don't have a pattern to give you. I personally just grabbed a bib I liked already and tried to mimic the design. It worked out for the most part. To make 12 bibs, it took me about a day. 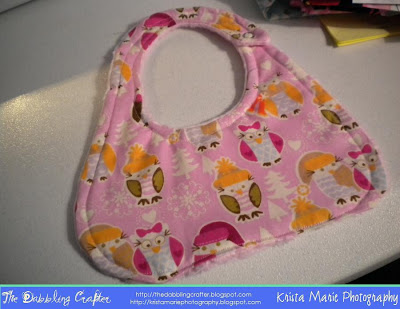 As I stated, I really didn't use a pattern. I received this bib as a gift and thought it was pretty darn cute. So I just gave myself a 1/2 inch allowance around the bib for seams (could have gone with a 1/4 inch, which is more standard, but I like to give myself a bit of room for mess ups)

After I cut out all of my bibs and made my first one, I realized the hole I cut for the neck wasn't nearly large enough. I then had to go through and eye ball it and cut each hole bigger. So watch out for those neck holes! Also, you have to take into account the overlap for the snap/Velcro. Make sure the bib isn't fastened when you use it as a pattern. 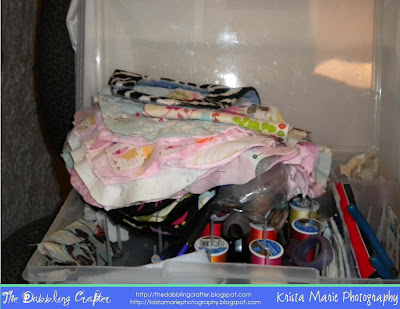 I always try to lay everything out so I only have to do one cut. This means that the edges might not be as sharp (since you're cutting through so many layers), but I save a ton of time. 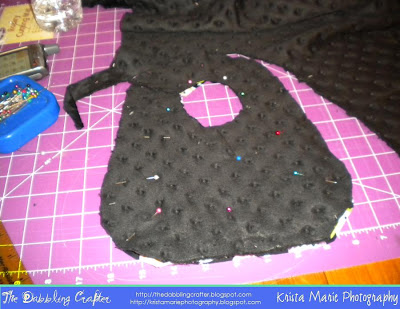 After I cut out the fabric, I pinned the two right sides together. One side was a cotton print and the other side a soft plush...the soft plush likes to move. So pinning was absolutely necessary with this type of fabric. 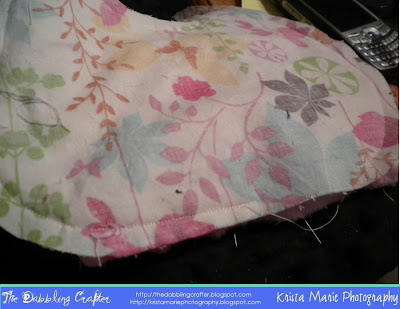 I did a 1/4 inch stitch around the outside of the bib. I left an opening at the bottom in order to pull the right sides through the hole.

Once you've done this stitch, pull the right sides through. Iron the bib and make sure that there is enough fabric at the opening to allow your next stitch to close the hole up. 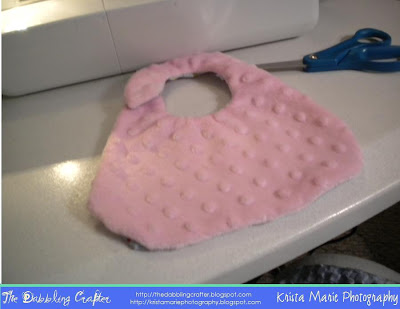 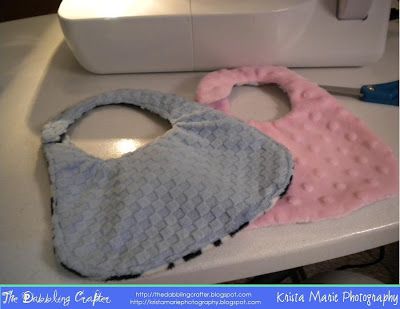 Sew a 1/4 inch stitch around the outside of the bib. (Blue bib is the store bought one, the pink one is my creation) 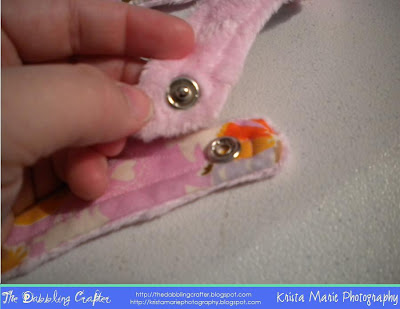 Now, you have to figure out what fasteners are your cup of tea. Velcro is probably the easiest option. You just have to attach it to the bib with some thread. But, babies are quick to figure out that you just have to pull on Velcro to unfasten it. That's why snaps and buttons might be the best option. Buttons are too time consuming for me. Even with my sewing machine's auto button hole and button attachment tools and tricks, the process is drawn out. So, snaps it is!

Snaps are pretty easy. They come with directions. However, I soon discovered that the spool of thread/hammer trick wasn't going to do it for me and this thick fabric. Once I grabbed a pair of needle nose pliers, I was in business. I suggest having extra snaps on hand, because once you destroy a snap there is no saving it. My mom says that the snap tools are actually much easier, but I didn't want to spend the extra money on the tools. (the pliers worked just fine!) 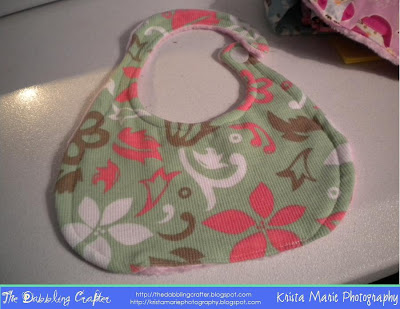 This is a bib with Velcro. I ran out of snaps and had some extra Velcro sitting around. 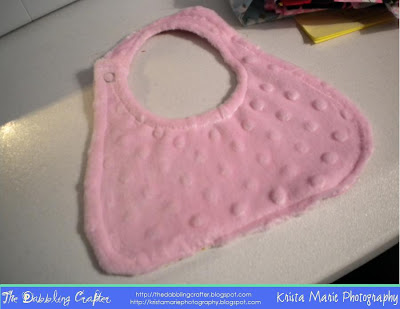