Mostly success stories, but with a few modifications.

First is this pin regarding exercises on popsicle sticks. 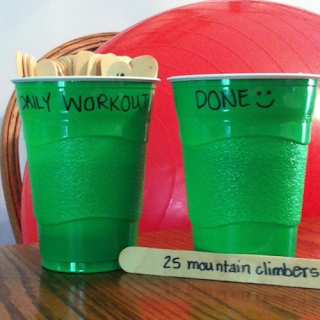 So the pin is the idea that you put all the exercises you want to do on popsicle sticks. I think the idea is pretty solid. I never remember those exercises on Pinterest I see, so this is a good way to remember and work towards a goal.


One thing I found is 1) I sometimes didn't know what the heck the exercise was, and 2) the marker would bleed everywhere.


So, my modification to this Pin is to 1) put on the back a hint on what the exercise. (I know what a side luge is but I might not know what a glute kickback is), and 2) use a fine tip marker or pin instead of the average sharpie. I also added what exercise set the exercise came from in case I wanted to just do one work-out.

Also, I used a fun painted widemouth mason jar. May as well make it pretty too. 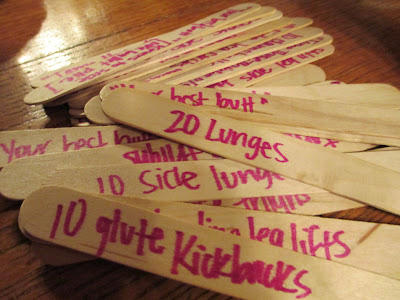 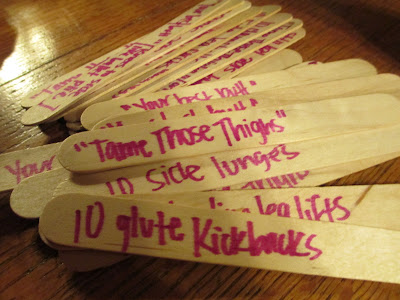 The second Pin was the "Workout Tip Jar." Everytime you exercise you put money into the jar so you have modivation to exercise. 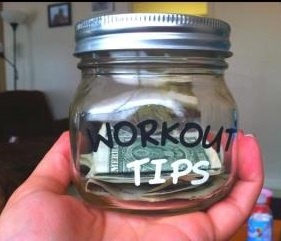 I found this mildly motivating. I have been following it, and I do think to myself if I'm trying to wiggle out of a run, that it's one less dollar towards something fun. I made this project pretty too with some mod podge and fabric on a glass jar. I'll eventually jazz up the label if I'm bored. 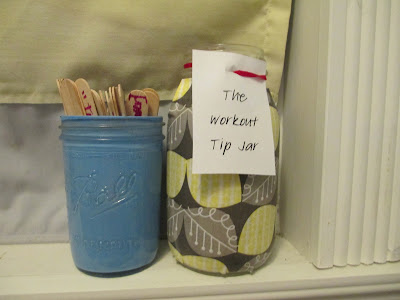