Still plugging away at studying...only 20 days or so left until the big test. EEEEK. Thought I would do a little check-in today.

Hubby has officially signed a contract, and we'll be moving to the Brookings, South Dakota area in May/June! That means we're doing some early house shopping. Wow. Isn't house shopping super fun? Especially the part where you do all the mortgage application stuff?

Yeah...there *might* be some sarcasm in there. I do love to look at houses. I have some serious old house love. I drool over built-ins, original hardwood floors and vintage porcelain sinks. Those are a few of my favorite things! My Old House Love board on Pinterest is pretty much my drug lately. 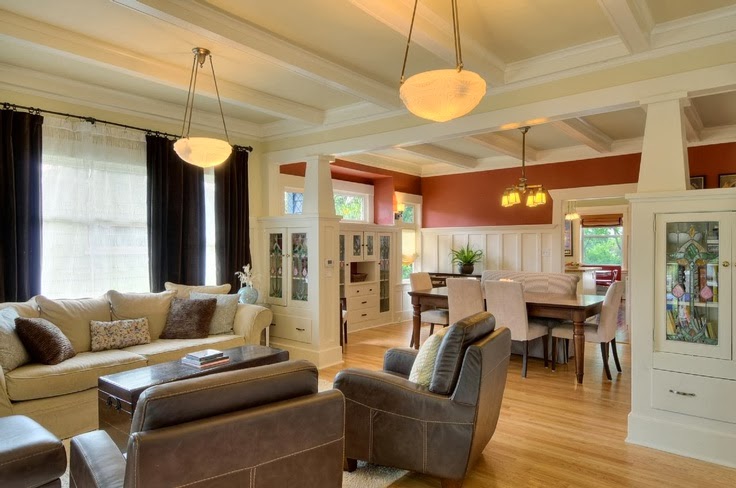 Craftsman is one of my favorite house designs. LOVE those built ins! Not so sure about painting them. It just seems so wrong. 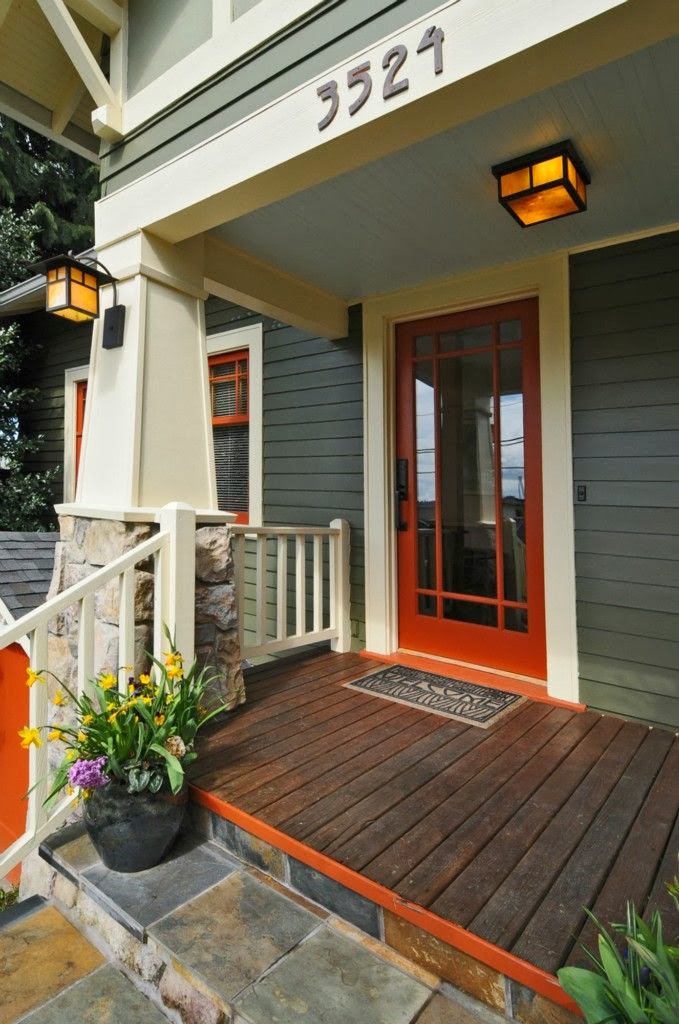 Love this porch and front door! 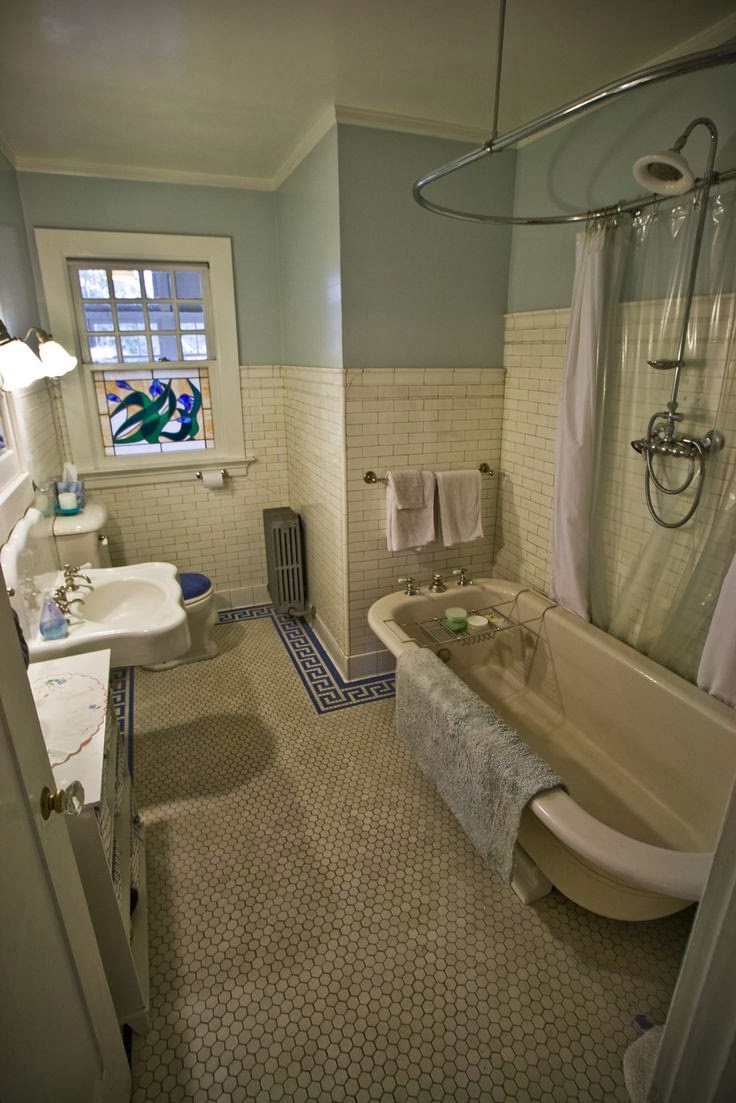 Love this original bathroom! Love the tub, sink, subway tile and hexagon tile on the floor.

We looked at three houses last weekend. The first two didn't really do it for us. One was a 1950's house with some charm, but it had a weird dungeon room in the basement. I have no idea what it was used for other than kidnapping people and/or keeping Lotney 'Sloth' Fratelli locked up, and since I'm out of that business, I think I will pass. :p

The second one was in the country, and while it looked alright online, it was a bit like a fun house in person. If by "fun" house you mean it had the potential to fall down around you as you quietly slept at night. The house was leaning so bad, the front window was at a very unnatural angle. The stairs were almost as steep as a ladder. I wanted to push the side of the house to see if the entire thing would fall in. Not to mention the owners were sleeping in the living room. I don't know why...but maybe they were also scared it would fall in and wanted easy access to escape out the 45 angle window or perhaps they just expected guests to cuddle in bed with them.

The last one was built in 1890 with a new addition from the 90's. The house was a foreclosure. Part of the house had been remodeled. The other part needed some serious TLC. New siding, new roof, water damage in the walls, plaster falling down, so it was rough. I don't necessarily mind rough. I mean I excessively watch Rehab Addict on HGTV so I'm an expert in rough, right? I kid, but saving a house with some history is important and if the price is right, I don't mind living through a renovation with a capable team to help. I also don't mind quirky either. It's part of the old house lifestyle. I live in a house that was built in 1910 right now, and I lived in a small house from the early 1900's before this one. You learn that basements are probably best for storage only, nothing is square...ever, and paint goes a looonnnggg way.

If I may take a second to gush about my crush on Nicole Curtis from Rehab Addict? That girl gives me to motivation to save something that seems like a lost cause and makes me want to grab a hammer and find some brick!!! She's one of the many reasons I now own more power tools than my husband. I also found myself saying, "Well Nicole Curtis said..." about a billion times during our visits to the houses last weekend. The realtor at one open houses was like, "One downside is the windows are all original." To which I responded, "Nicole Curtis said that you want the old windows since you can do replacement the glass and reglaze etc." He did not know who Nicole Curtis was nor did he understand why I was almost leaping for joy to see the original 50's cabinets with hardware and original boomerang countertops in the basement. Hopefully he went home, googled the reference and became on convert as well.

Since we might be buying a house that needs a bit of TLC, I have started collecting home remodel ideas on my House a' Remodelin' board. Do you have old house love? Any suggestions on buying a old house? Did you catch The Goonies reference?* Do you have a beautiful craftsman style house in the area you'd like to sell me for super cheap? ;)

*Fun fact: I watched The Goonies when I was young, and somehow got the unedited version. I promptly learned my first curse word and waited until I was in my grandmother's presence before sharing my new discovery with my family.