Today's Flashback Friday features a post that has gotten a ton of attention over the past couple of weeks. It was recently featured on two different websites, so I thought it was worth reposting! Our Elf has held up beautifully, and is working hard away this holiday season.

Making Your Elf On The Shelf Positionable

Holidays came a bit early this year in our house due to some unusual circumstances with my husband being in vet school. We put the Christmas lights up outside last weekend when it was 50 degrees out (thankful we did it then, this weekend it's in the single digits!)

That means that when we pulled out the Christmas stuff, we also pulled out the Elf on the Shelf a bit early. Last year our daughter understood the "hide and seek" part but didn't really get the rest of the tradition. This year with a couple of days of reading the book, our daughter was pretty excited to see what her Elf would do.

I quickly found out, as many people have, that out of the box, your elf isn't going to be positionable. This is news to people new to the Elf that see all the crazy stuff that people have done with their elves.

You can make your elf positionable with just a dollar and a needle and thread. I also made some accessories with some material I had sitting around.

Wire (I found mine in the arts and craft section of Wal-Mart...think the section with paint, styrofoam balls, project kits) $1.00

Of course, a elf! 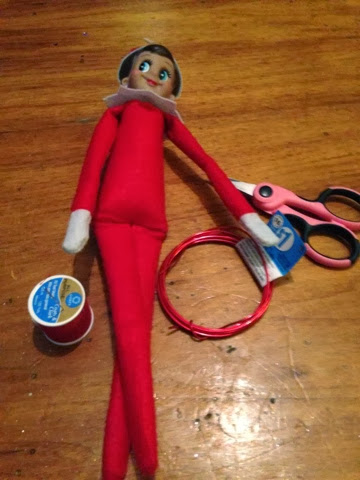 1. Cut a small slit right at the wrists, top of the back of the thighs (I also put one in the main body, but I don't think you notice that). Make sure you put it on the back of the limbs so they aren't as noticeable. 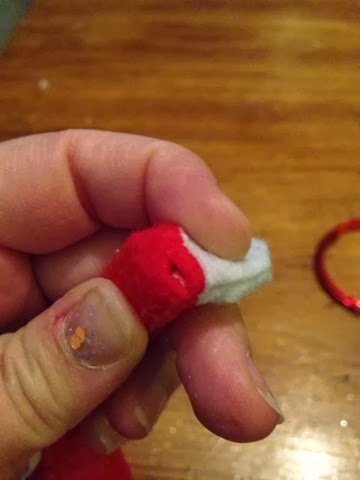 2. Measure the wire to be a bit smaller than the section you're putting the wire in and cut (any set of sharp scissors will cut this type of wire)

3. Slip the wire in. Take care to go around the paper stuffing. You can do this by pushing it right up against the side of the fabric. Make sure you don't push the wire through the fabric.

4. Sew up the slit by hand with some red thread.

So far, I have made a skirt with some felt fabric and thread, ear muffs (some spare fur from a stocking, spare wire and hot glue) and hand warmer (also spare fur and hot glue). 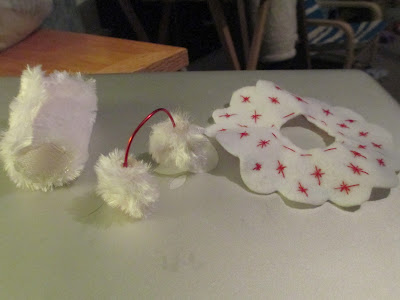 Our elf has only been around for a couple of days, but so far has left a letter for our daughter, gotten dressed up with our daughter's hair things, sat in the fridge, listened to music with ear buds, told secrets with Goofy and had a camping trip with Barbie. 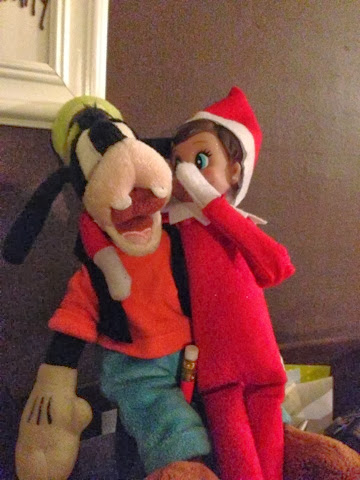 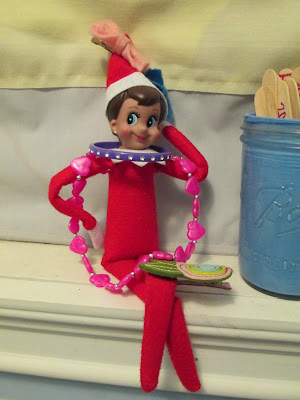 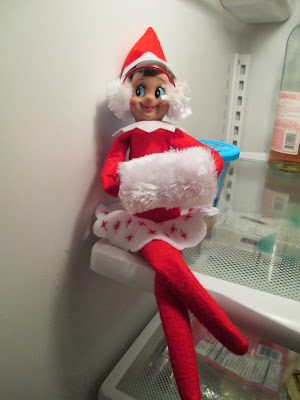 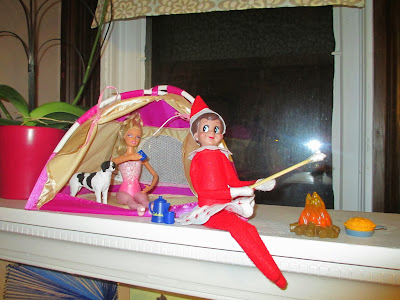 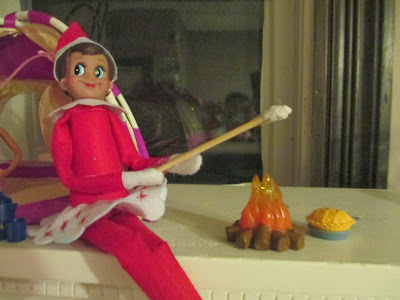 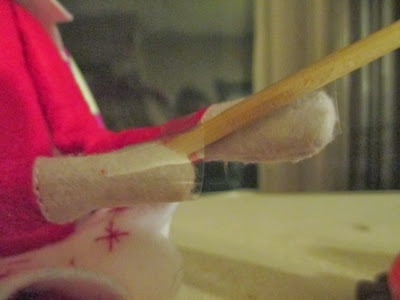 Sometimes you need a little help with super clear tape. 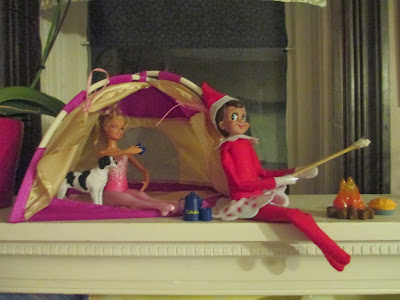