Today's project is a bit on the random side. It was borne of necessity after getting a new puppy and having one dog that still thinks he's a puppy. We needed some way to keep the dogs out of our downstairs so we could keep an eye on them while potty training. Plus, they have developed a secret obsession of chewing up Barbies and stuffed Goofys which they do so under the darkness of the downstairs.

We had a baby gate at the bottom of our stairs, but with two older children, it never got shut behind them. So, we usually would hear a dog disappear down the stairs and have to chase after them to take them outside. It got really old, really fast.

After yelling about closing the gate a few hundred times over a few weeks, I decided I just needed to make a solution to have the gate close on its own.

So, I sat down and thought about screen doors that close on their own. They have a spring attached from the door to the door frame. I could fairly easily set that up, but this particular gate was adjustable, so with a spring, it would collapse on itself. So I needed to extend the gate, but only temporary because there would be times we would want to collapse it close (if we're moving items up and down the stairs...we had people over and there was going to be quite a bit of traffic, etc.) So instead of a bolt or something harder to remove, I really needed a pin that could be pulled if we needed wider access to the downstairs.

Also, I don't think I would want this set up with a baby in the house, so I wanted to be able to revert the gate back to a regular baby gate when the time comes.

Our doorway has a bit of a lip, so it was a perfect place to have the gate catch (although, adding a block of wood to create a catch wouldn't be difficult). We needed the gate to swing towards the stairs so the dogs couldn't push the gate open themselves.

So, here's how I created a self-closing dog gate. 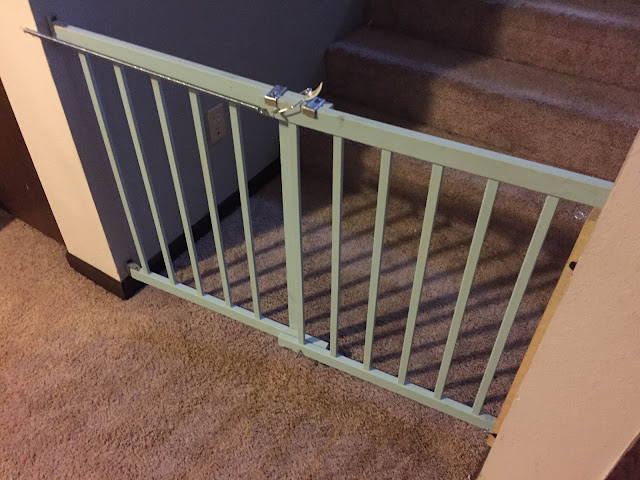 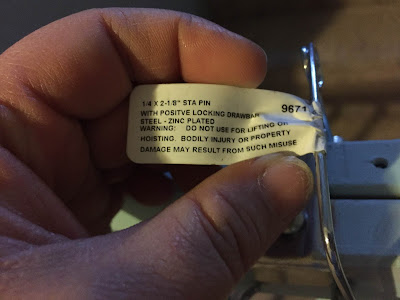 I decided if I was going to removing the gate from the wall, this was a good chance to give the gate a fresh coat of paint.I had some blue chalk painting sitting around, so I gave the gate a quick once over. I taped off the hardware so it would remain silver and painted just the raw wood.

Once I had the gate extended where I needed it, I marked where the two pieces of the gate met up. Then I drilled a hole through both pieces that was big enough to accommodate the pin. Once your hole drilled, slip the pin through the gates to keep the gate from collapsing.

You may need to trouble shoot this step. I found that my doorway was wide enough that I needed to move the metal track pieces on top to make the gate extend further out. Once I did that I realized that there was a gap in the middle of the gate, so then I had to add a new spindle (or in this case a piece of spare lath I had sitting around) so there wasn't a dog size gap in the gate. When I added that piece of wood, I had to make sure it was on the outside of the gate so it wouldn't stop the gate from collapsing. 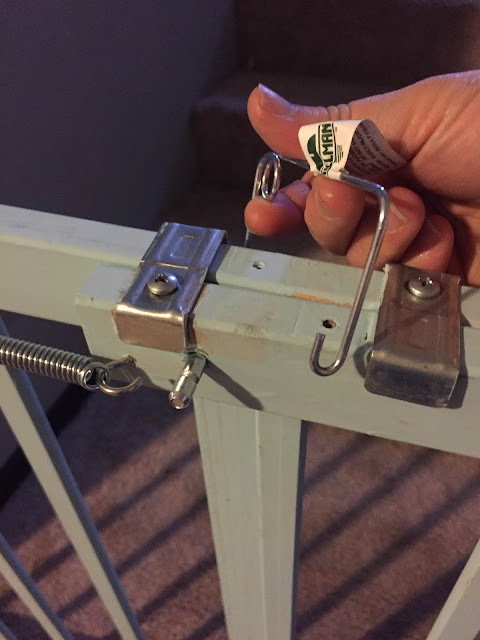 One of the reasons I picked this type of pin is it easily opens and closes so removing it should be fairly easy. 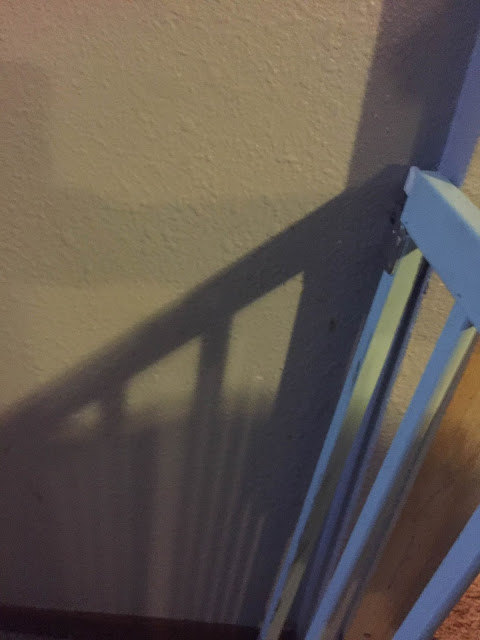 The gate catches perfectly fine on the lip on our doorway.

You will need to screw one cup hook into the wall and the other into the gate. Make sure when you add the cup hook to the gate, you pick an area that doesn't effect the gate from collapsing. You will also want to make sure the two hooks are far enough apart you can get good tension on the spring, but not so much tension that you can't remove the spring if necessary. I attached one cup hook and then played around with the spring attached to get a good placement on the second hook.

Slip the spring over each hook. You may also want to add some felt bumpers if you're worried about the gate scratching up your wall. 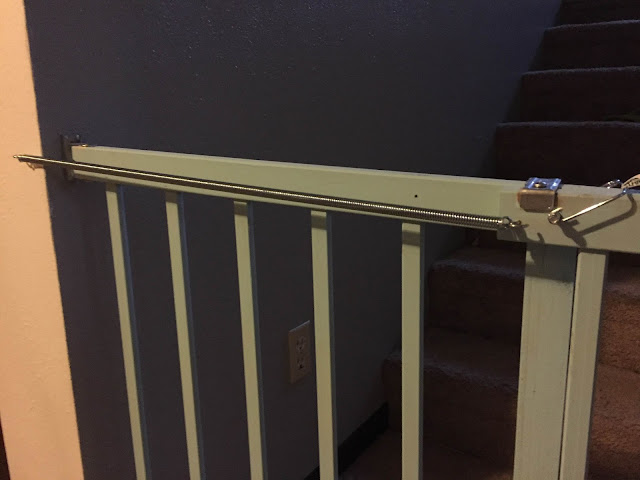 Now we have a gate that stays close and gives me a bit more control on the pack of crazy dogs in our house. The gate works perfectly for the cat too because he can jump over and use his litter box without having a dog hassle him. 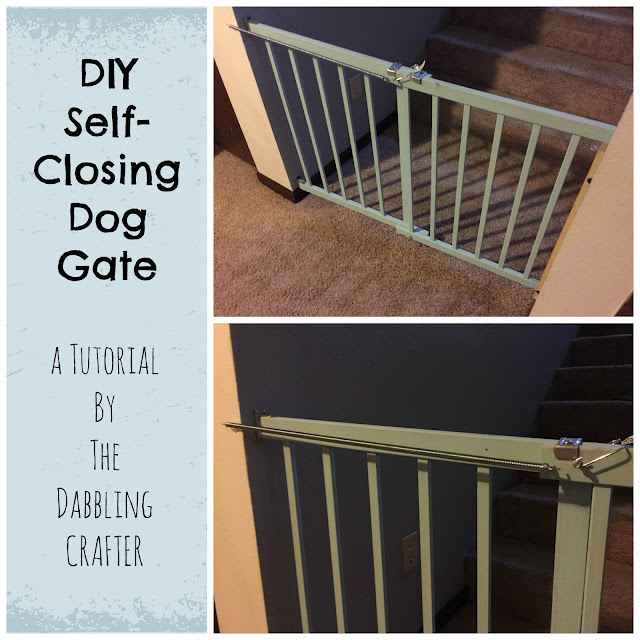