144 years after our great nation was formed, women finally got the right to vote. I remember my first presidential election in 1992. I remember my parents discussing the candidates, and our teacher talking about the election in school. Every election after, I would accompany my parents to the polls and cast my own vote in the amazing Kids Voting program. My second year in college I got to cast my first official vote via absentee ballot. I haven't missed an election since.

My daughter is now 6. Just a year younger than I was for my first presidential election (that I remember). This year I decided it was time for her to learn about the amazing right to vote.

Two weeks ago, we watched the movie Suffragette together when she was home sick. That movie (with me fast forwarding through some of the portions that weren't quite appropriate for a 6 year old) led to a discussion about the history of women's rights. We watched portions of the debates (they weren't exactly great for kids this year either).

Finally, last night we had a big night of watching a documentary about Susan B. Anthony and Elizabeth Cady Stanton (Not For Ourselves Alone) and making red scarves together.

Why red scarves? Well I learned a new fact through our education (and subsequently through a Smithsonian Facebook post). Susan B. Anthony would wear a red shawl so often that it became one of her trademarks. Per the Smithsonian website, "It was said in Washington that there were two signs of spring: the return of Congress to the nation's capital and the sight of Anthony's red shawl as she also returned to lobby congressmen." 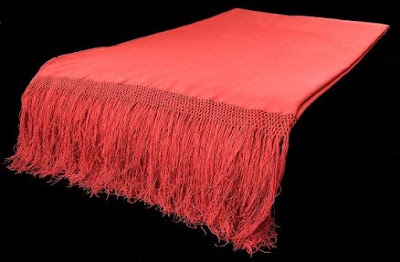 To make ours, I got a yard and a half of a red jersey fabric. My daughter got the half yard, and I got a yard. We decorated our scarves with a black fabric marker. My daughter decided what she wanted to write on her scarf with a little help from me. I found the easiest way to write clearly was to put the fabric in a large embroidery hoop. 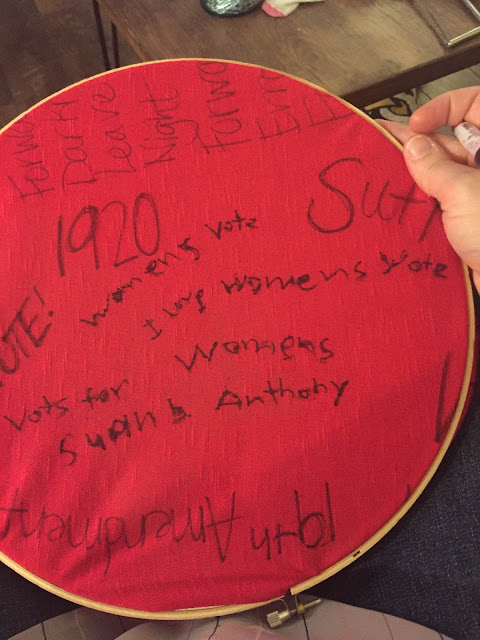 On mine, I wrote the language of the 19th amendment and a phrase from this a suffrage poster. 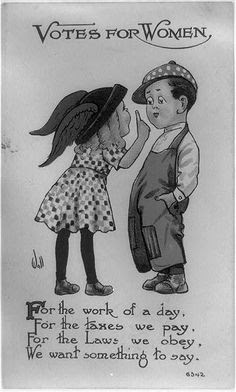 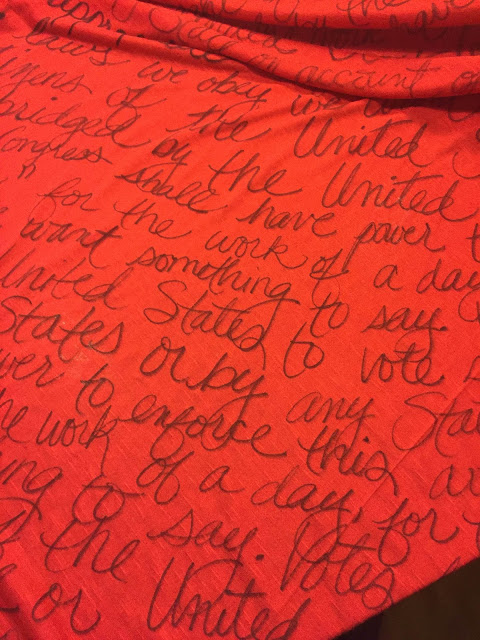 Today we will be celebrating our right to vote and the sacrifices of many women including Susan B. Anthony by wearing our red scarves all day and to the polls. I've made up a ballot for my daughter with pictures of the candidates so she can cast her own vote tomorrow. It's a privilege to live in a country that gives us the right. 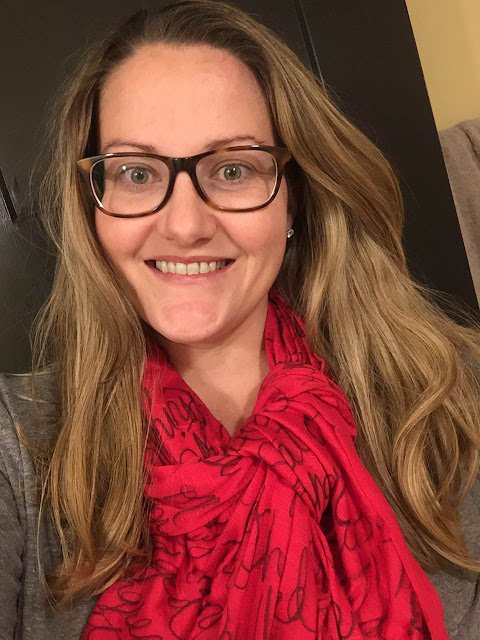