I am writing this post at 3:00 am on my phone while Sweet Cheeks sleeps on my chest. I was just so moved by the moment that I had to put pen to paper, or rather, finger to touchscreen. 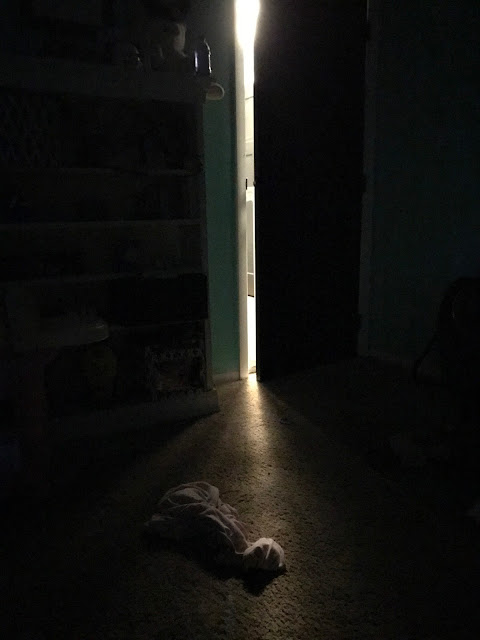 Today I had a chat with a coworker who has a daughter 6 months older than mine. She is a wonderful mother. She was telling me about her daughter, her first child, has been sick recently and throwing their routine off. I laughed and said that a routine would be nice since my daughter is up all hours. That led to a discussion about first and last children.

Sweet Cheeks is our last [planned] child. I entered parenthood with the same careful plans I have made my entire life. I wanted three children, I wanted to have them semi young and I wanted them some what close together. Those were the last plans I made because children have a way of making their own. We had a miscarriage initially and were shocked with the news of being pregnant with our rainbow baby. Our second child had to enter the world a few weeks early and hasn't slowed down since. Sweet Cheeks was delayed by all sorts of life decisions, but has perfectly completed our little family.

I think there are many mothers out there that know what it's like to grab on to each moment with the last child. This desperation has caused me to commit my fair share of "shouldn't"s.

I feel like with my first child we did everything by the book (or rather, by many books since I feel like I read them all). Our daughter slept exclusively in bassinets and cribs. She was bottle fed on a schedule (pumped and donated milk since I didn't produce enough and she refused to latch). Probably within a month or so, she was sleeping through the night. We didn't rock her to sleep because she simply didn't need it. You would say prayers with her, read a book and simply set her in the crib. She would just lay down and go to sleep. It was amazing. (By the way in case you think I'm some sort of baby whisper, I am certainly not. My second did the exact opposite no matter what I did.)

Then there's Sweet Cheeks. The books are gone. Life is crazy. Her siblings are hyper and overly attentive. I should be a stickler with a schedule. She might sleep better. Maybe I should have started solids earlier so she wouldn't have nursed as much. I should pump and let my husband take her over night. Maybe I should let her play on the floor more. Maybe I should offer the pacifier more. I should let someone else watch her so I can go on a date or get work done or have some girl time.

But I could care less about the "should"s. Today Sweet Cheeks almost crawled. She's probably a week if not days away from crawling. And it's terribly bittersweet. Each milestone has great joy mixed with deep sadness. You are hyper aware that no matter how many videos or pictures you take, you won't be able to recall the feeling of your baby sleeping in your arms, nursing, or smelling like she came straight from heaven. All those sensations will be gone. Then they will be replaced with different just as amazing ones like your son trying to tell his first joke or your daughter's delight at losing her first tooth. There's many things I should do that would make life just a bit less hectic than it has to be, but each snuggle, laugh, and nursing session is fleeting. 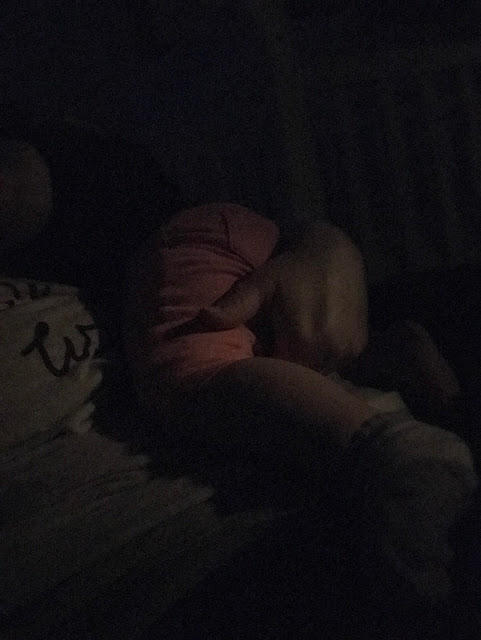 I recently hung a reminder in our living room that's says "The days are long, but the years are short." I can't think of a better way to describe being a mother. I end a day thinking about how frustrating it is answer 3,852 "why" questions from my 4 year old in a single day, only to remember when our 6 year old used to ask the same questions and now informs me how things work.

Parenthood is an awesome job that no one can fully describe to you until you experience it. So while I should put the baby soundly sleeping in my arms back in the crib, I'm going to enjoy this "shouldn't" just a little bit longer. I just know I should enjoy her before she grows up just a little bit more. 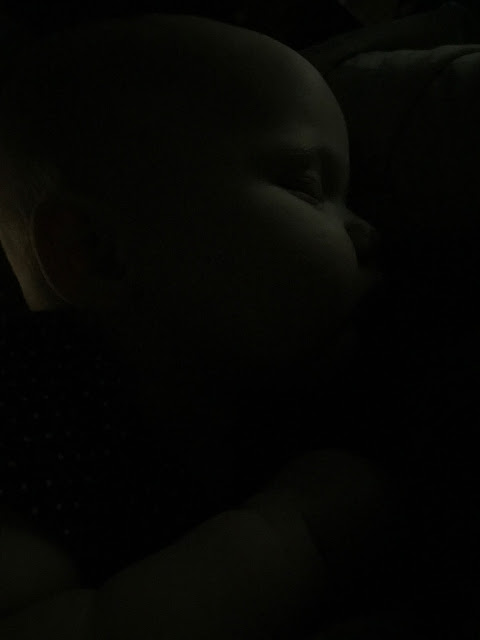