It's time for another DIY Wednesday. Baby Legs are baby leg warmers. They are a fairly new sensation. They are great for babies because they make changing a diaper extremely easy. Instead of shimmying a pair of pants off your little one, you keep the baby legs on during diaper changes. I think they are super cute under skirts, but they are also really cute for your little one to run around the house with a t-shirt. (And even cuter with a fun cloth diaper.) 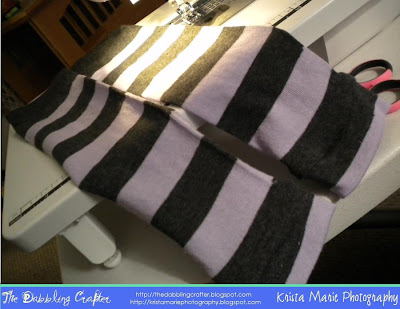 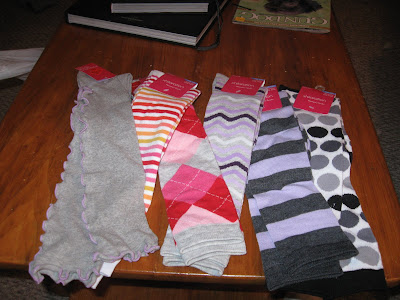 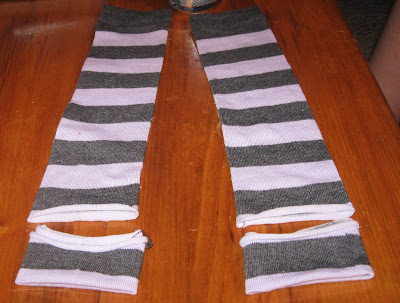 You will be using the foot portion of the sock to create the bottom band. Cut the sock at the ankle. You will then have the foot portion of the sock left. Most of these fancier socks have different colored heels and toes. Cut off the toe. Cut off the heel. The portion between the toe and heel will be left and is what you will fold in half for the bottom band. 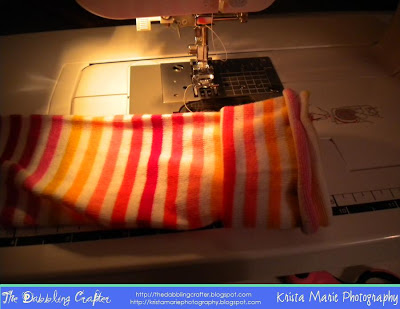 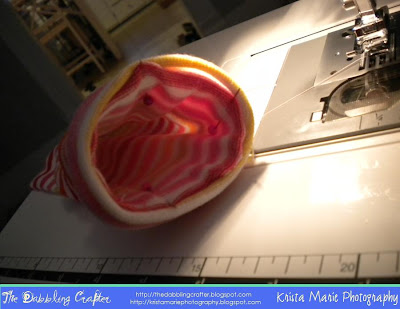 This part was a bit tricky for me. It would seem like common sense, however, I just didn’t get it. You will want to take the main portion of the sock and put it inside the bottom band. All the rough edges should be on the bottom. Look down into the leg, you should see right through. You may want to pin the leg at this point, but after pinning you still need to see through the leg. (So in other words, don’t do what I did initially and pin the leg shut).

To sew the leg, I found the best method is to stretch the entire leg around the sewing machine. Then sew slowly along the bottom. You may want to use a zig zag stitch which is best for elastic materials. 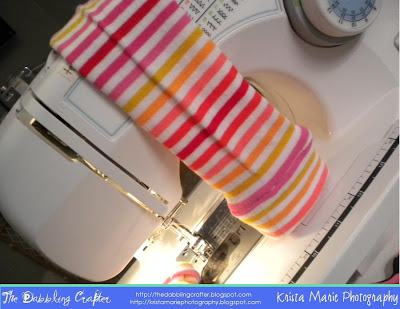 This is the more traditional baby leg and works for baby girls or baby boys. 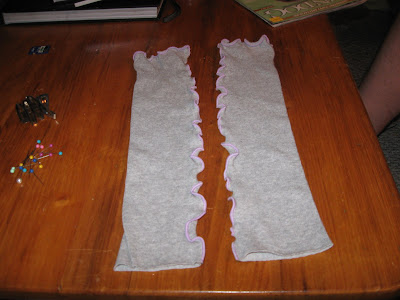 This baby leg has a ruffled edge on the bottom. Since you won’t be making a bottom band, you don’t need to save the foot portion of the sock. Just cut the sock at the ankle and throw the foot portion away. (or repurpose it as a little duster for your computer or television screen!) This baby leg warmer will inherently be shorter since you aren’t making a bottom band. As you can see, I found some fun socks to try this on..they already had ruffles down the sides!

To get the ruffled edge along the bottom, you will be sewing along the bottom. It’s fine that the sock will have an unfinished edge. You will want to sew as close to the edge as you can. Use the tightest zig- zag stitch you have. Sew all the way around the bottom edge. 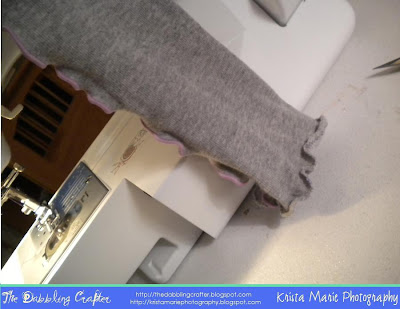 I'm sure they're not, but these sure look complicated!

They aren't bad at all! Especially the ruffled ones. You just cut and sew a tight zig zag stitch!

Your article on this blog is fantastic. Well done! I’m a big fan of your blog and be sure to keep up the great work.

WHY WE LOVE Rating baby swing

This lightweight bouncer weighs in at seven pounds and folds flat making it a breeze to move around the house and take on the go. When it’s unfolded, it still doesn’t take up too much space - perfect for those living in smaller quarters. The bonus? After your child outgrows the bouncer, it can be converted into a chair!

Thanks for sharing these info with us! this is a great site. I really like it. Thank you for the site. May God bless you in all your works.