The Easter Bunny has been busy at our house today. The most recent obsession in our house has moved from Frozen to Wizard of Oz. I'm sure Frozen will creep back in once they come out with the sequal, but right now I'm enjoying a "Let It Go" free house. I'm fine with trading snowflakes in for rainbows.

I have always been a fan of the Wizard of Oz. I remember having a mental breakdown when I was four or so because my dad taped over the movie. It's strange that my kids won't know the heartbreak of recording over a special event with a TV movie or sitcom. My daughter asked for the unabridged version of the Wizard of Oz from a Usborne book sale at her preschool. I thought it would be something we'd read together in a few years. She doesn't have much of an attention span for being read to. She much rather make up a story to go with the pictures. However, she surprised me. We read a chapter every night until we finished it. Between the book and movie, she was an official fan of Oz.

Since she has a birthday coming up that is going to have a Wizard of Oz theme, I thought a Easter basket to match would be a good idea. I found the next two books in the Wizard of Oz series (Yes! It's a series!). I found some red slippers (although, I really wanted to stay true to the book and do silver). All that was left was a Dorothy dress. 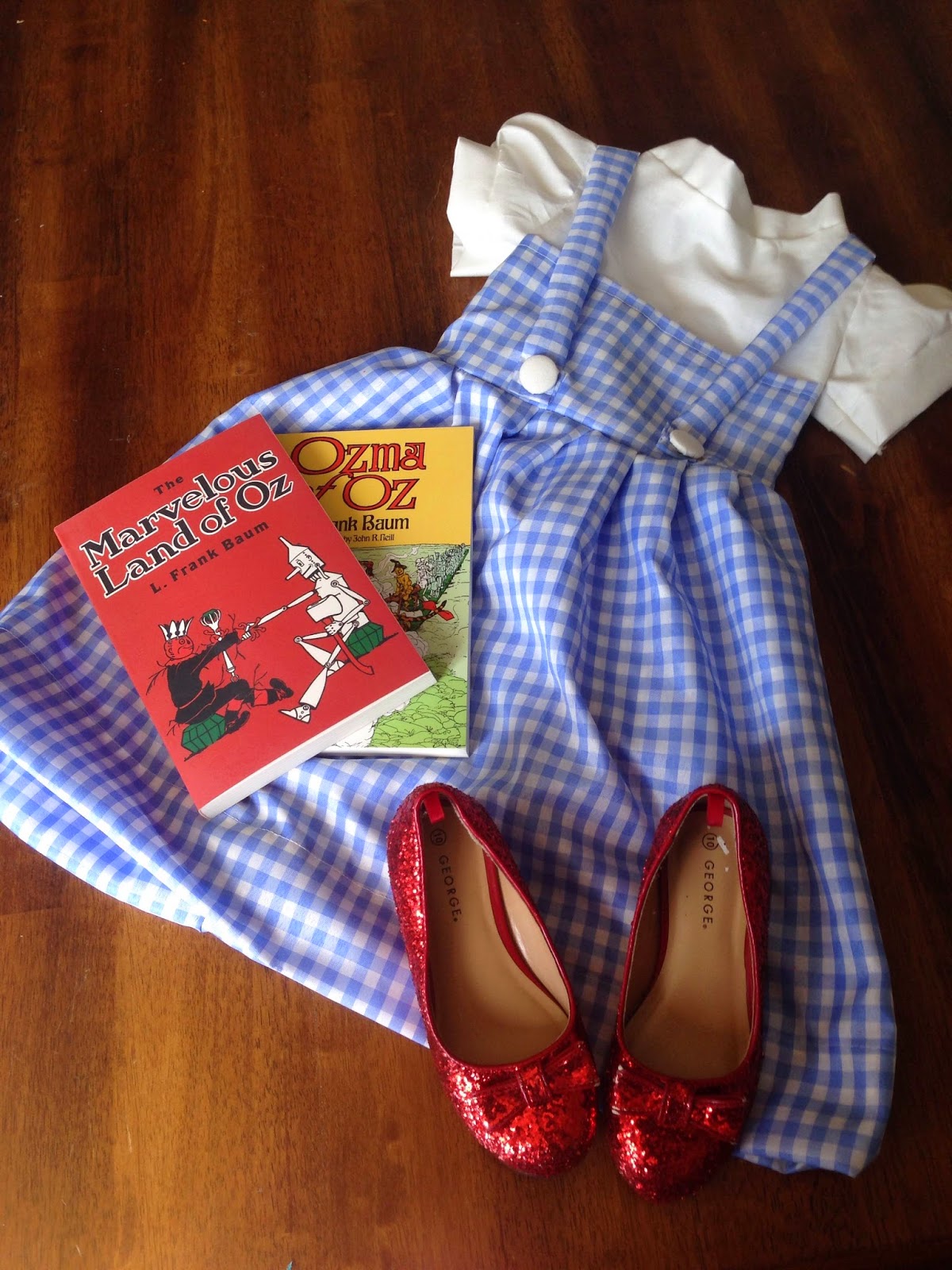 I can sew. I'm not particularly stellar at it, but I manage. However, I have a real problem with sewing sleeves. They are always the wrong size or just look super uneven and weird. Even when I use a pattern, something ends up looking strange. So, when I found this awesome tutorial from Make It- Love It, I was a bit intimidated. I decided I'd give it a go, and if it looked terrible, Dorothy would be sporting a new modern sleeveless look.

Much to my surprise, the dress turned out quite good! I give the credit to Make It - Love It. Her directions were very simple to follow. I decided to keep it plain and forgo some of the bias cuts and zipper in the back. It's going to be a play dress and I'd just go crazy if she ruined it after I spent so much time on it. So this simpler version took me about 2-3 hours of casually working on it. Since it was a gift, I could try it on her before I made it, so I sure hope it fits. I used one of her dresses as a pattern, so I'm thinking it should. Let's just hope those sleeves fit. 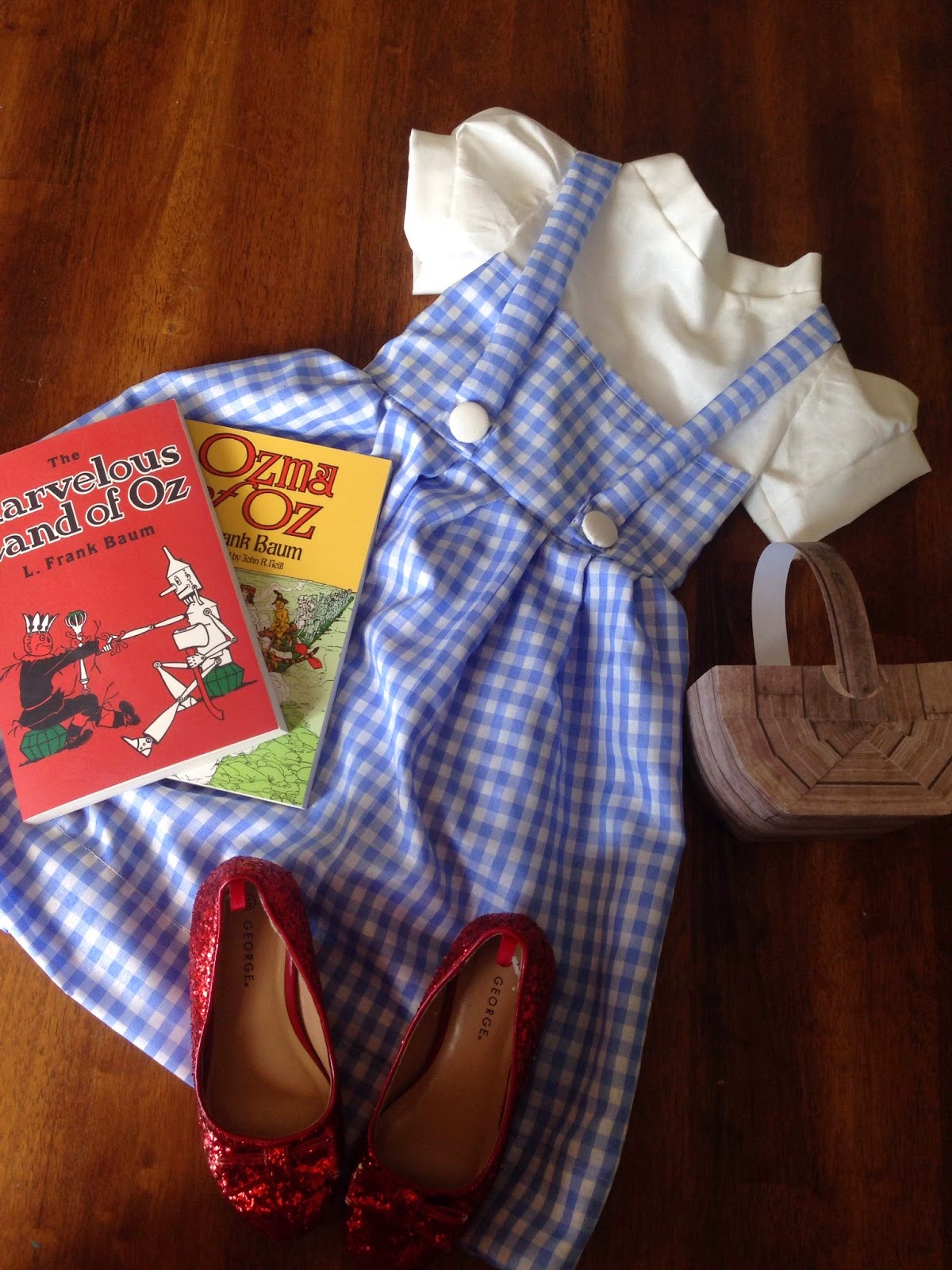 **Note: Do you see that super cute paper picnic basket? I'm making 20 or so for Lila's birthday party. Tutorial to come later on that fun (and SUPER easy Silhouette project!)** 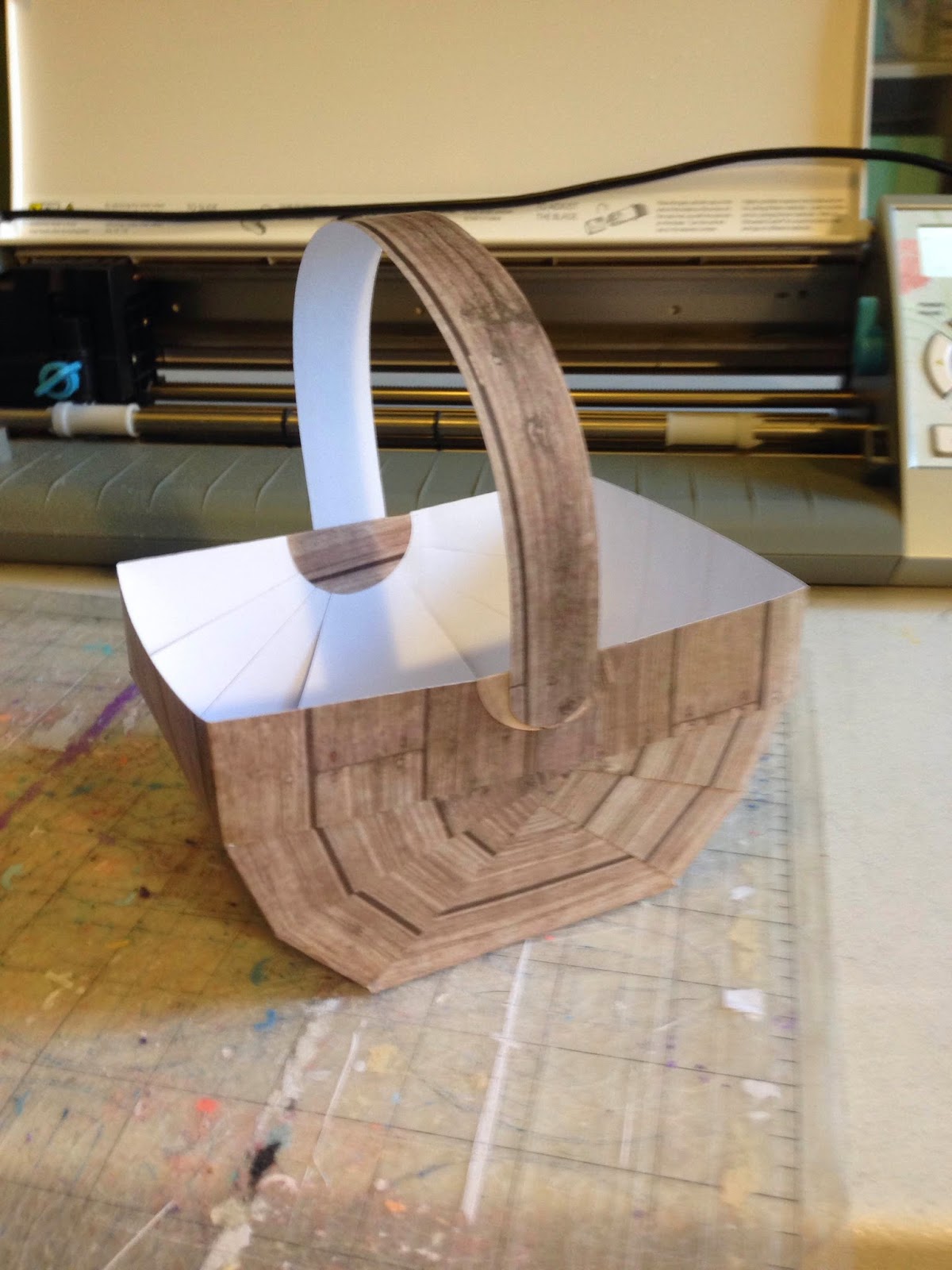 This is the front of the dress. I decided to skip the rick-rack in the collar and sleeves simply because I didn't have any on hand. It was late so a trip to the store was out of the question. 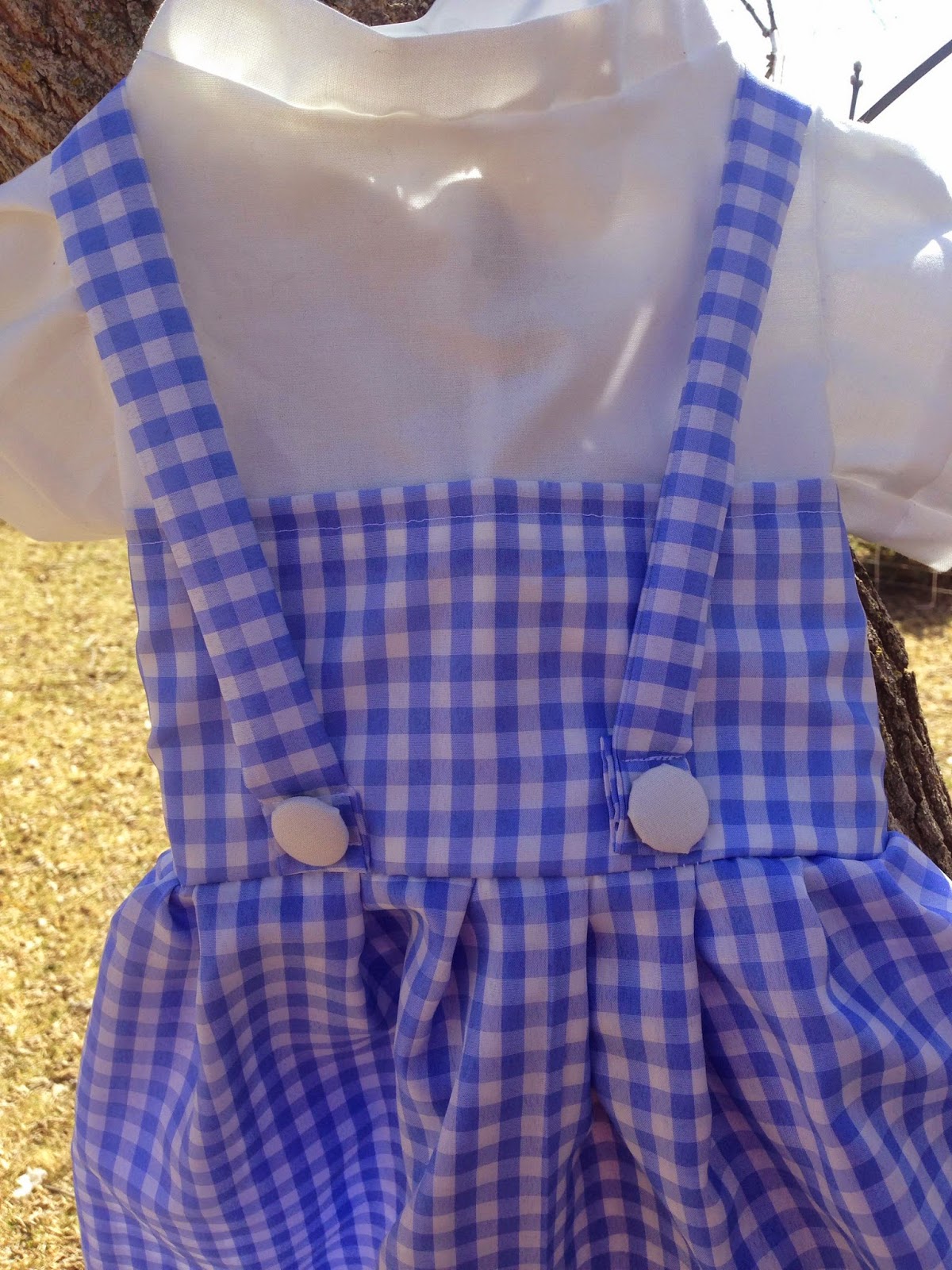 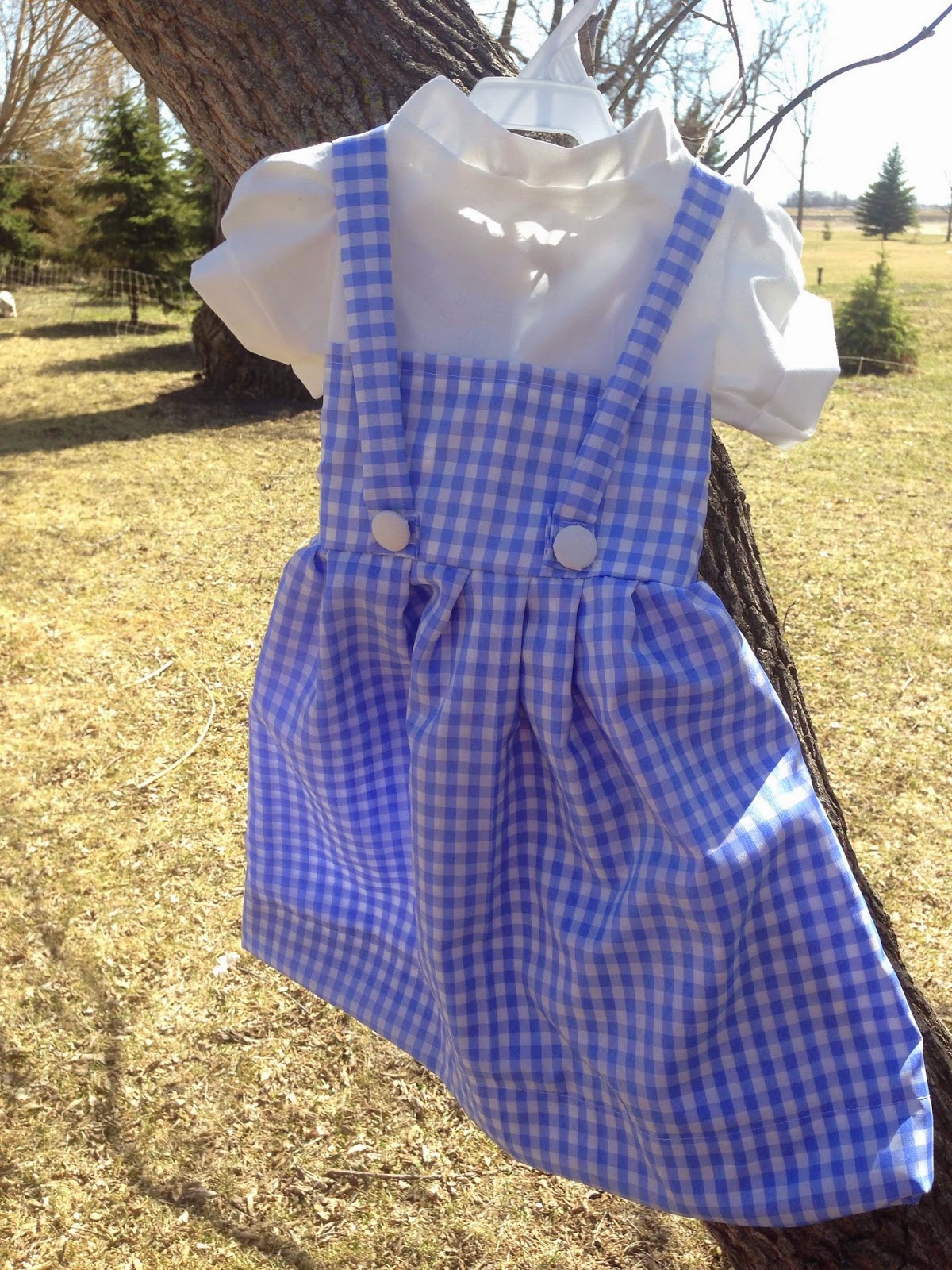 The back of the dress is also simple. I didn't use a zipper and instead left an opening with an elastic and button to keep the dress closed. 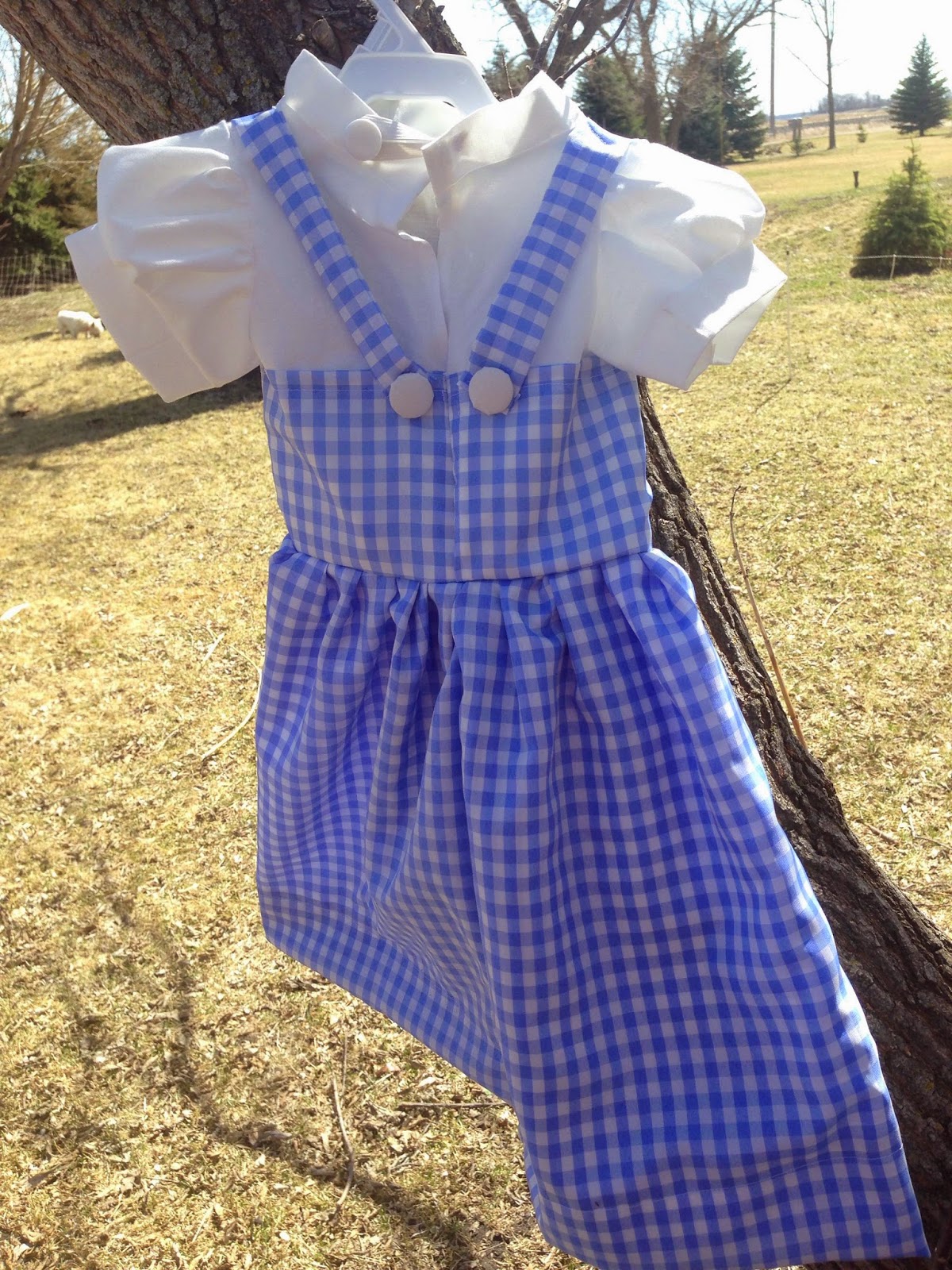 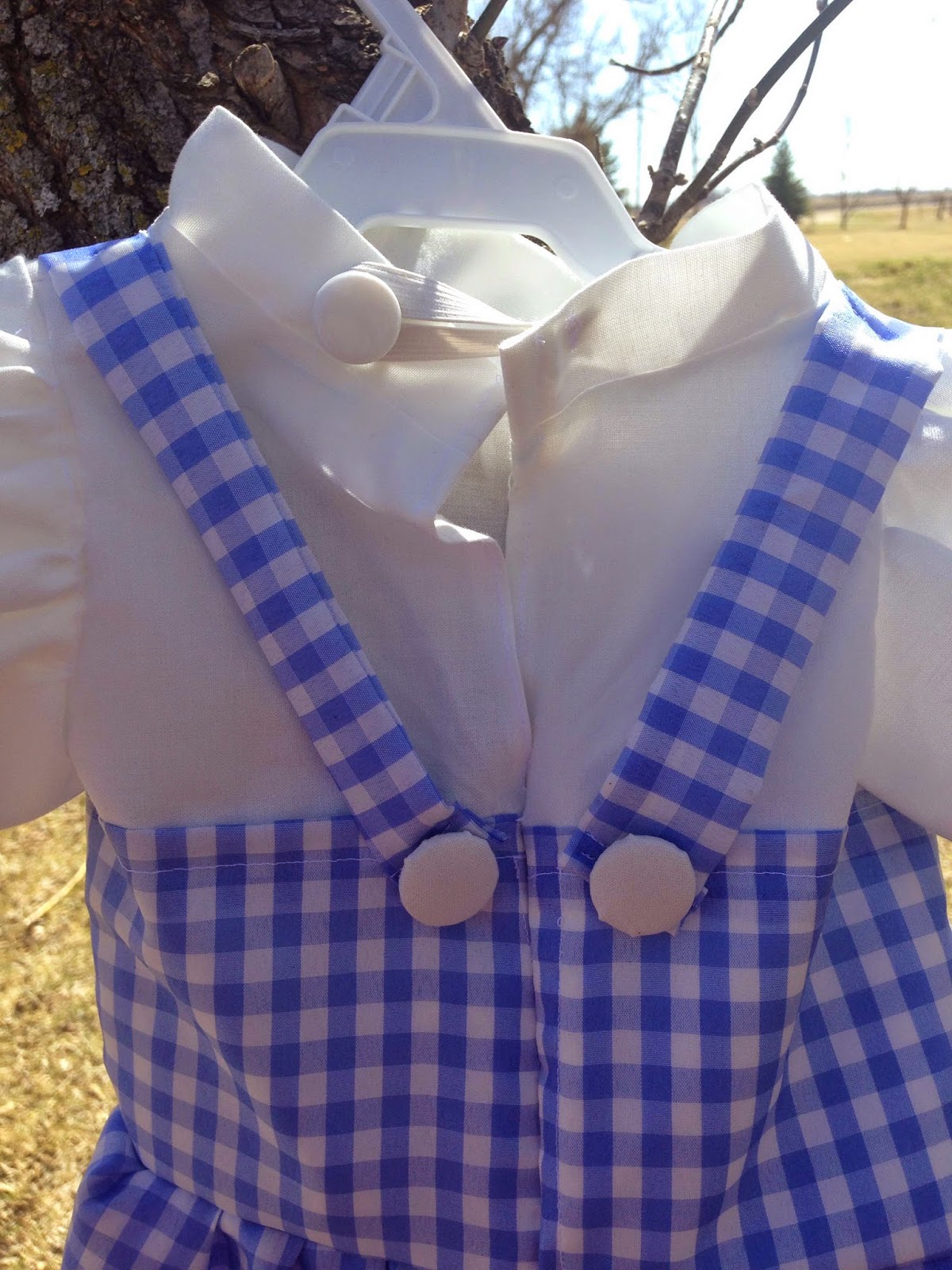