Yesterday we had our daughter's 5th birthday party. Last year we had a Frozen party (along with every other preschooler in the country) and it was a really fun time. (Click here for the Frozen party details)

This year my daughter has been on a Wizard of Oz kick. I'm totally okay with that since it's my favorite movie. I even walked down the aisle to Somewhere Over the Rainbow. I also sing the song to both my children before bed. My daughter and I read the unabridged book earlier this year, and we're finishing up the second book in the series tomorrow.

I had great plan of having this huge party on our new acreage. I was going to create a yellow brick road throughout our yard with games at each part of the trip. It was ambitious, and I realized that it was unnecessary. There was many downsides to it including money, time, clean up, and weather. We had attended a really fun party earlier this year at Wildfire Gym and that lead to us attending a couple of open gyms over the past few months. It was the perfect solution. They have tons of inflatibles and toys, so I don't have to plan games or crafts. They help with set up and tear down. And the rainy weather yesterday had no effect on the party.

Since I love to do crafts, I did most of the decorations myself using my Silhouette. It's hard to find Wizard of Oz decorations since the licensing ownership changed in the 90's. The only decoration I found that was reasonably priced were some stickers and plates.

Check out our Wizard of Oz Party! 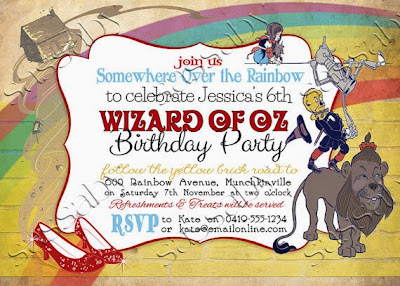 I got this awesome invitation from Sassaby Parties on Etsy. What is really cool is you can edit the invite in the PDF in Adobe, so it's really easy to customize the content. 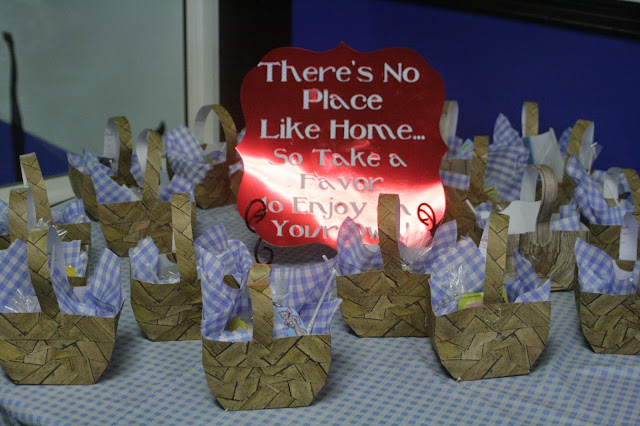 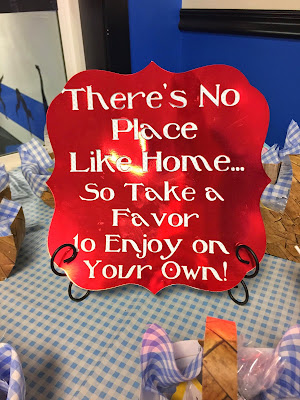 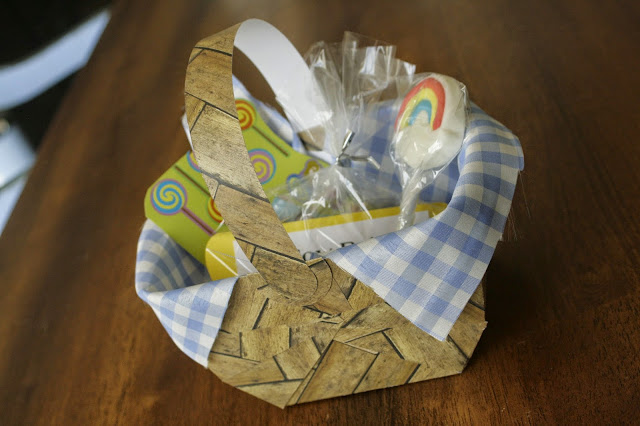 I cut each basket with my Silhouette using wood patterned paper. 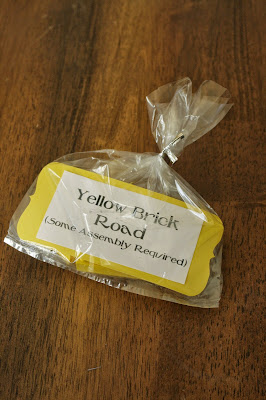 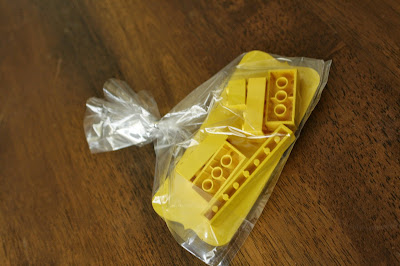 I have my good friend Jenny to thank for this idea. I mentioned I wanted one more item for the favor baskets and she thought of yellow Lego bricks. 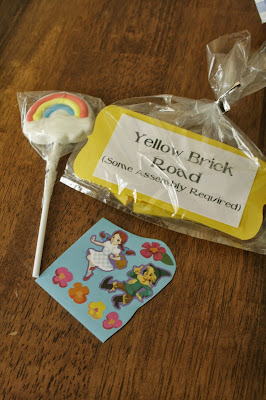 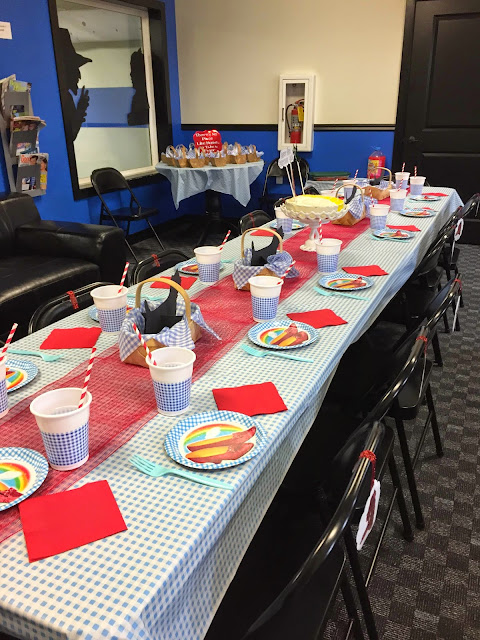 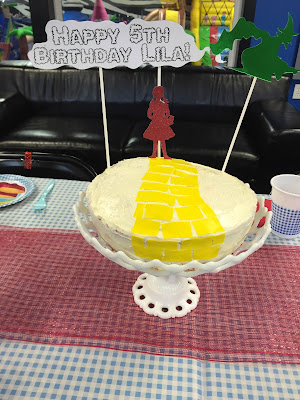 I'm not much for cooking, but I used a sugar sheet for the yellow brick road and cut some stuff out with Silhouette. The inside of the cake is rainbow colors which came from a fun box kit that gives instructions on creating a rainbow effect. If you're an Oz fan, you should get what part of the movie the witch part comes from. :) 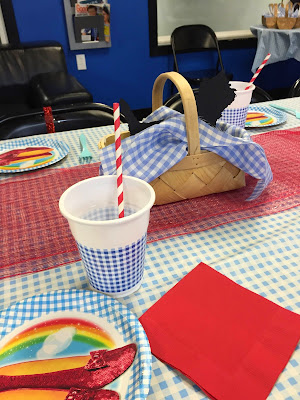 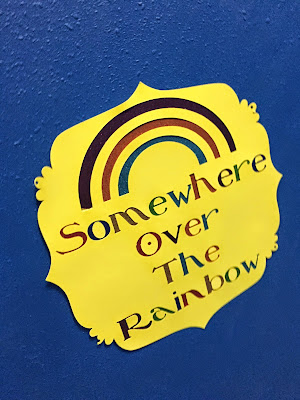 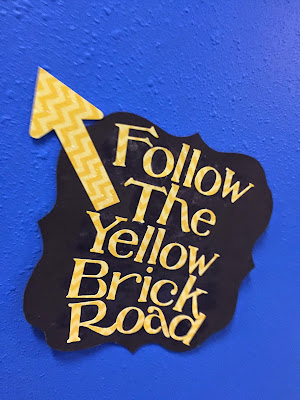 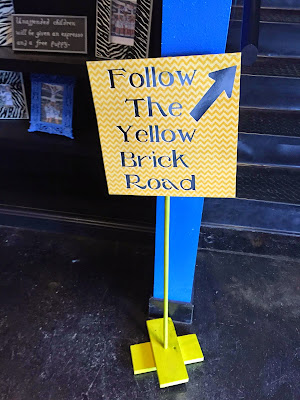 I created these stands in about 10 minutes. I took two pieces of scrap wood, drilled a hole to match the size of the dowel and then spray painted everything. Very simple, only $2.00 and it does the trick! 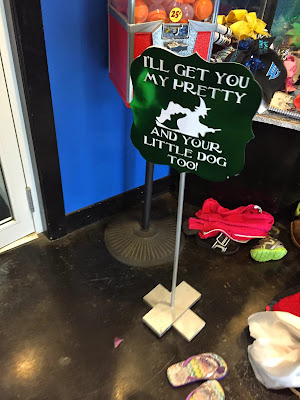 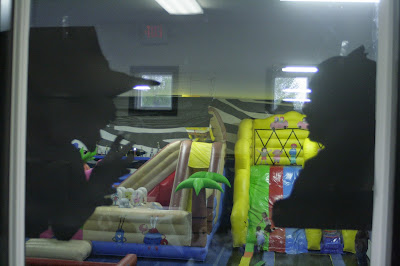 Another Silhouette project. I thought these silhouettes were fun because they could be seen from both the party room and the play area below. 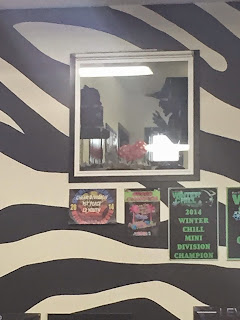 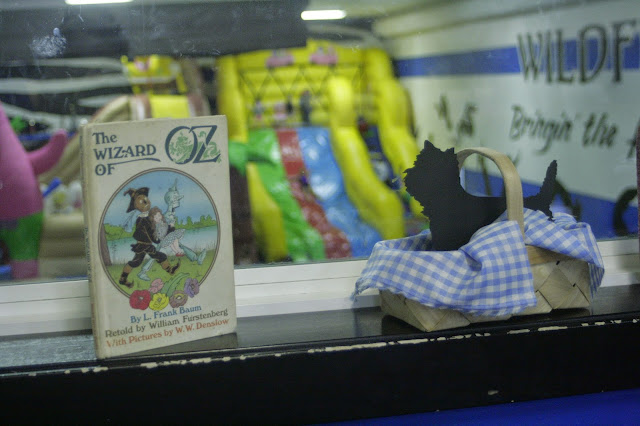 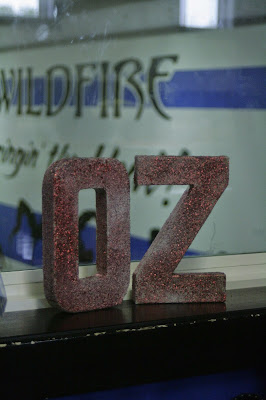 Simple cardboard letters with Mod Podge and red glitter. I attempted to use some Glitter Blast spray paint on them as well, but that made them look foggy. 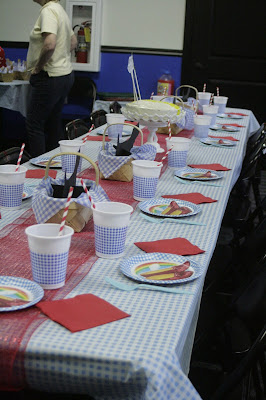 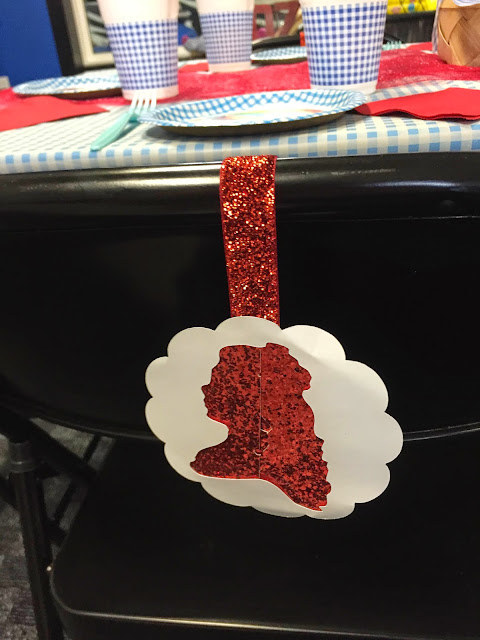 Each seat had a silhouette of a different Wizard of Oz Character. 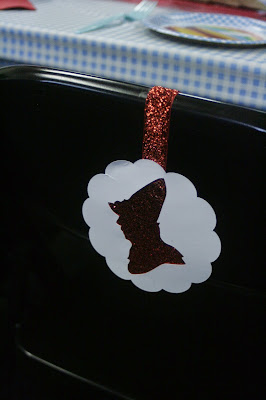 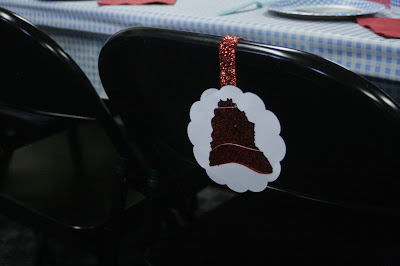 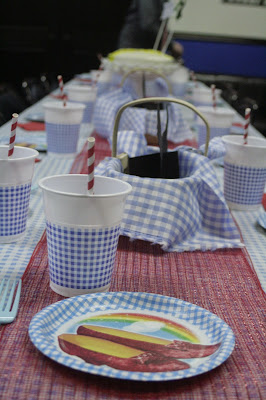 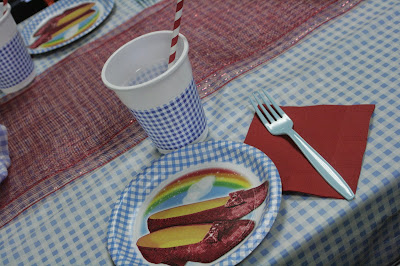 The tablecloth came from Oriental Trading along with the cups and plates. The table runner was just some sparkly red tulle from the floral section of Hobby Lobby. 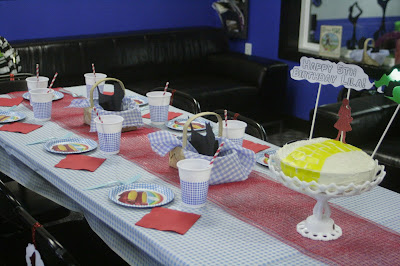 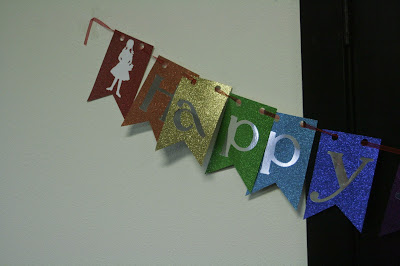 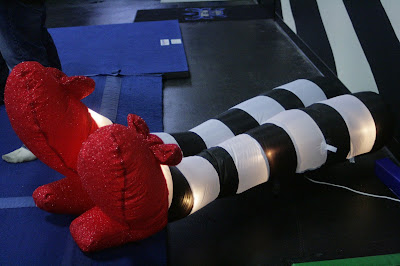 I found this inflatable at Lowe's after Halloween on clearance. It was a fun purchase and I plan on using it for Halloween as well. :) 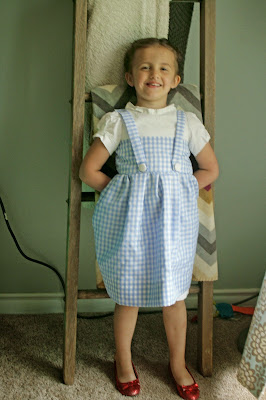 My Dorothy all ready for her close up!