Getting Personal: Losing our Ray of Sunshine

I have been mulling over this post for a week now. I wasn't sure if it would be appropriate or appreciated. However, I think maybe if someone is going through something similar it might help them feel a little less alone and maybe validate the loss they're feeling.

If you frequent my blog, you saw last fall we made the difficult decision to put our dog, Spencer, to sleep. Inspired by other photograph essays I had seen online, I took the day off and spent the entire day giving Spencer one great last day. Now that some time has passed, I'm grateful I made that choice. It helped our family come to terms with the decision we had to make. I also think fondly of that day. I have photographs to remember how loved he was, not only by me, but by our children as well. I hope that post helped other people who were having a hard time deciding when was the right time to let their pet go.

Our family went on a family vacation a few weeks ago. When we travel, we always have a hard time finding pet sitters. That's part of the problem having four dogs. It's a lot to ask one person to watch that many dogs, so we often split them up. We were all set to take two of our smaller dogs with us, but the hotel had a ridiculous pet fee ($100.00 per dog per night!), so we decided to leave the dogs with a family member while we were gone. I'm not sure if I will ever forgive myself for not just paying that ridiculous stupid fee.

We had a great vacation until the second to last night. We got a text to call home immediately. Those are the types of messages that make your stomach sink. My husband called and found out that one of our dogs, Kaylee May, had been hit on the road and died. 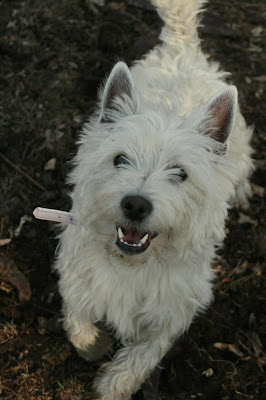 Kaylee was our spunky westie. When my husband and I were getting married, he went on the hunt for a westie for me as a wedding gift. I had always wanted a one, and the stars aligned those few months before our wedding. A rescue out of Omaha, Nebraska, the Little White Dog Rescue, had a litter of puppies to adopt out. The "competition" was fierce though. Those 5 or 6 puppies had over 3,000 or so applicants. Somehow, we ended up on the short list. At that point my husband had to ruin the surprise, because there was a home visit and interview requirement. 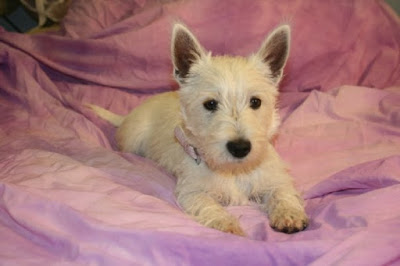 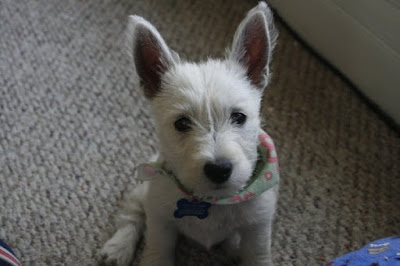 I so clearly remember the day he told me. He was upstairs on our computer and asked me to come upstairs with my eyes closed. When I got up to the landing, I heard yipping. He asked me what I thought it was. Honestly, I had no idea what in the heck he was playing. I opened my eyes and saw the cutest group of little white fluff balls playing. He explained that we were being considered to adopt one of them. We didn't know if it would be a boy or girl until we picked the dog up, but I didn't care. After our home visit and putting up a fence (another requirement), we drove two hours to pick up our dog. Little Kaylee was a ball of energy from that moment on. 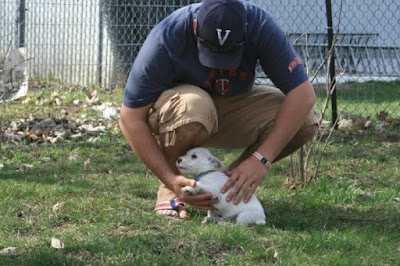 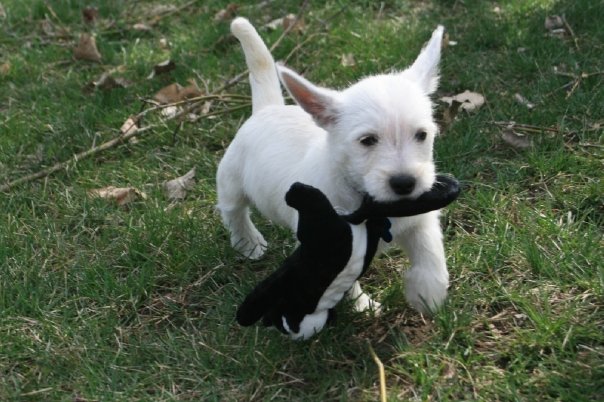 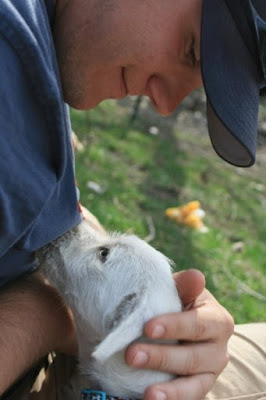 Just a month or so later we picked up our black german shorthair puppy, Cash, and the two were instant friends. They grew up together and spent seven years playing almost none stop. Kaylee thought she was Cash's size, and Cash thought he was still Kaylee's size. She would chase him around the house biting at his ankles. He probably still has a strange complex about what playing with other dogs really means. When we adopted Daisy and got Doc this past year, Kaylee wasn't phased. She played with both, and we would laugh about how she would "break" up the playing between the new dogs. She was the center of the dog universe at our house. 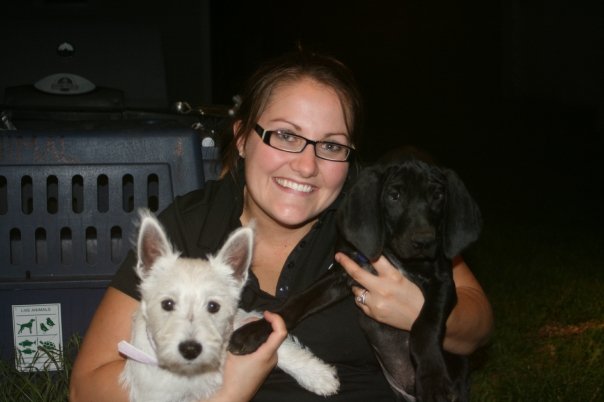 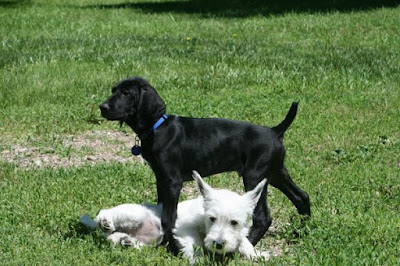 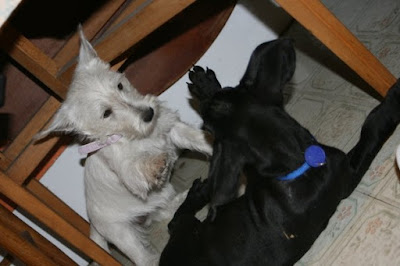 Like many westies, she loved to hunt (bunnies, snakes and mice beware!) and talk to us. She had her own way to get her point across. We knew if she wasn't impressed or was really (really) excited. 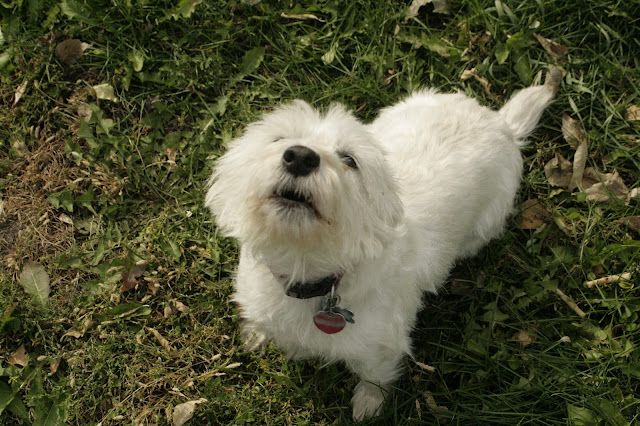 Our loss with Spencer, while sad, was expected. We took time to come to terms with the decision and make sure everyone got a last good-bye. However, with Kaylee, we never got that chance. I slept in the morning we left for vacation, so I didn't even give her casual pat on the head good bye. I'm well aware that it's "just a dog" to some people. I'm sure losing a close family member or friend unexpectedly is even more devastating. 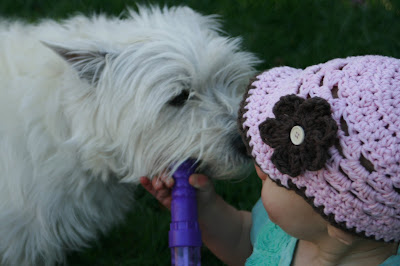 However, to our family, Kaylee was a ray of sunshine. She knew when you had a bad day. She would make you laugh by "talking" or army crawl right next to you as if  she was putting an arm around you and saying "It's going to be alright." After we got the news, my husband and I spent a good chunk of the days crying or just plain sick to our stomachs. Slowly the sting wore off and were able to start functioning again. I honestly don't know how he could go back to being a vet and seeing dogs every day, especially other westies or other hit by car cases. In my case, Kaylee has her own bed in my office and would sleep next to me as I worked. For the first few days after Kaylee was gone, Cash would try to lay in the small bed and just lick it. Now no dog even goes near the bed. They seem to be waiting for the big dog on campus to come home. 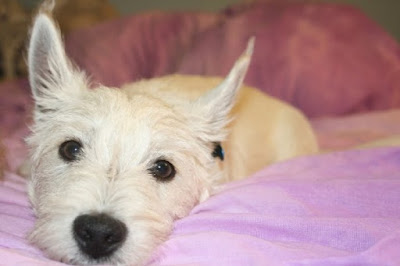 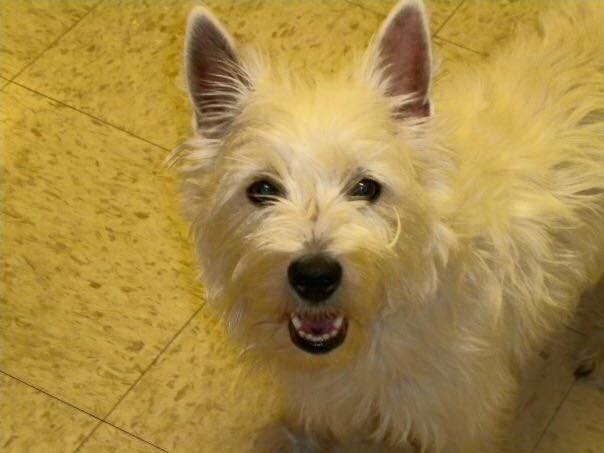 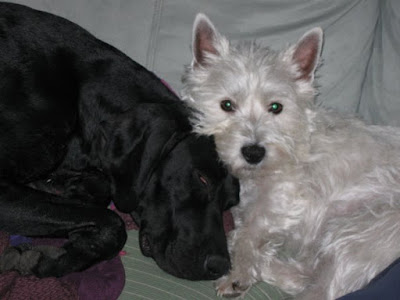 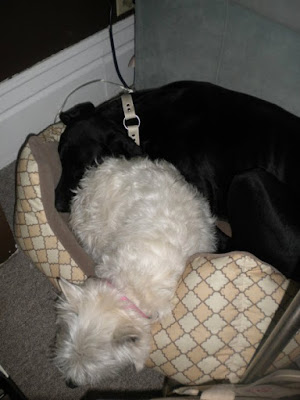 I still sometimes call for her and then catch myself. I see her empty bed or favorite spot under the tree outside and feel the hole in my heart again. When I was getting Kaylee May, I used to watch videos of her and her siblings, just counting down the days until I got to pick her up. As a result, one of my fellow classmates in law school apparently gave me the name of "Crazy Dog Lady" behind my back. (Ironic enough, he had to dive into a lake to save his dog from his sinking truck, so I think we both are a little crazy) However, I'll own that title. I was crazy for that little 30 pound shaggy mud loving dog. 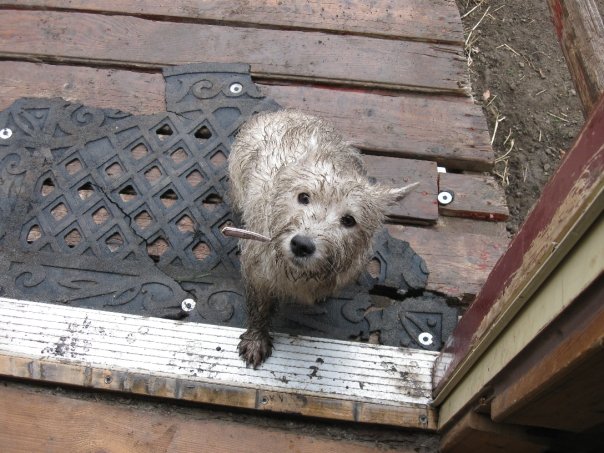 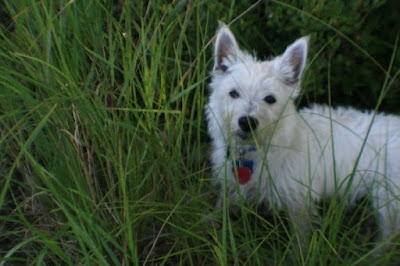 If you've had the same dog by your side almost every day for 7 years and then suddenly they are missing, you're going to notice it. When I have that moment each day when I realize I won't see her for a very long, I have decided to take it as a blessing. It's a blessing because that little ball of fluff and ears made a huge impact with her short life, and that's all Kaylee wanted. She lived her life to see us happy and, well, to bite Cash's ankles. See you again someday Kaylee May. Try not to harass Spencer too much until then. 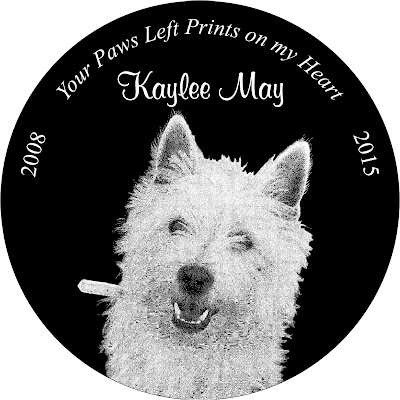 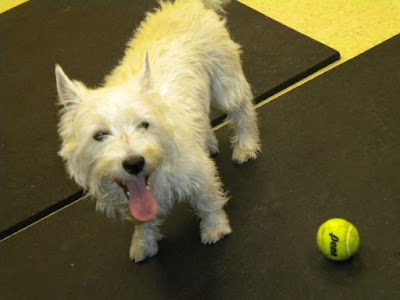 Beautiful posting, Krista! Our thoughts are with you guys!