We finished up our big summer project this past week. We have rock! Woot Woot! When we moved in, there was a ton of loose rock all the way around the house. I think it was in an attempt to do some landscaping when the house was put on the market. We thought about removing all the rock. After clearing it from a 5x5 section of the yard, we decided that job really sucked, and we didn't want to do it all the way around the house.

Since the rock was staying, we had to add some edging to keep the rock in one area. It was mayhem every time we mowed. I'm genuinely shocked we didn't have a window taken out from the lawn missiles that went flying.

Using the power of Pinterest, I saw this idea for using two brick pavers to create an edge that was easy to mow right up next to. The edge wasn't terribly hard to put in, and we had that job done after a few nights of hard work. Since we went all the way around our house, the job took around 500 pavers. Since we extended the rock area to create a more uniform look, we needed to put down some landscape fabric. I can say, I would rather lay the edging ten times over than deal with that landscape fabric. It was a hot from the reflection of the black, and I could never get the landscape pins into the fabric since they kept hitting old rock.

Finally, we added in some ornamental grasses that should grow rather tall in the next couple of years. We bought 13 tons of rock and moved it all over to the house during the course of a week. It wasn't a very fun job, but the result was a nice uniform landscaping job around the house. I think next year I might remove that dogwood bush in the front and plant more grasses, but for now, there is quite the improvement. All the pavers and the 13 tons of rock cost us around a $1,000.00. I don't know how much landscaping fabric I ended up using, but probably 5 or 6 rolls. The final expense was the grasses, and I got those 50% off when our nursery was closing for the season. 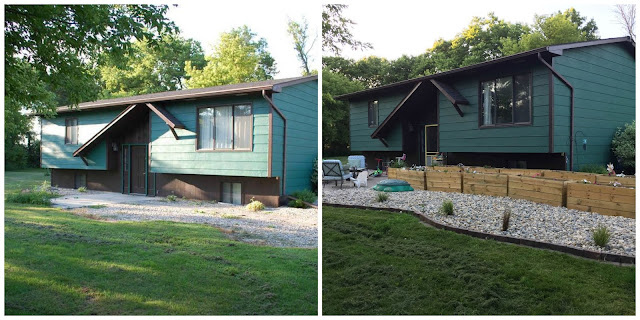 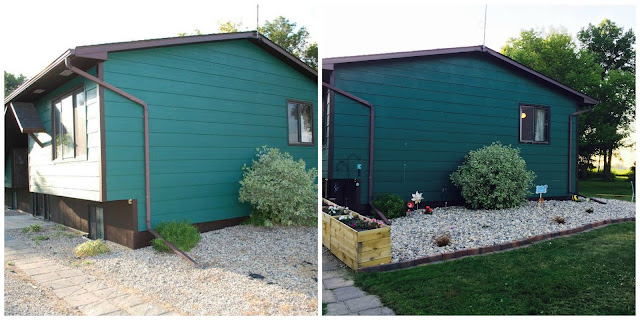 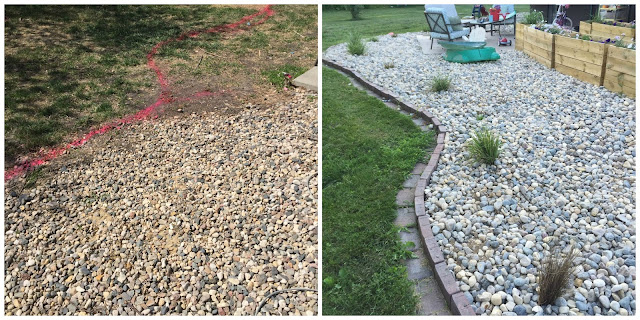 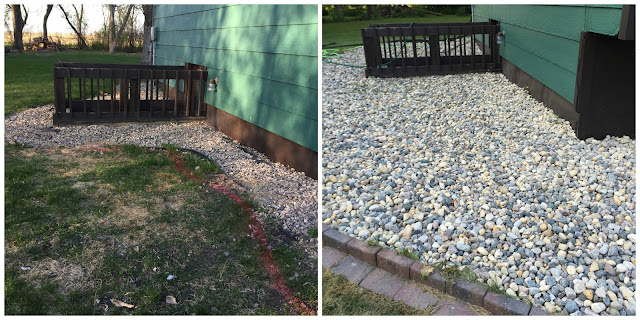 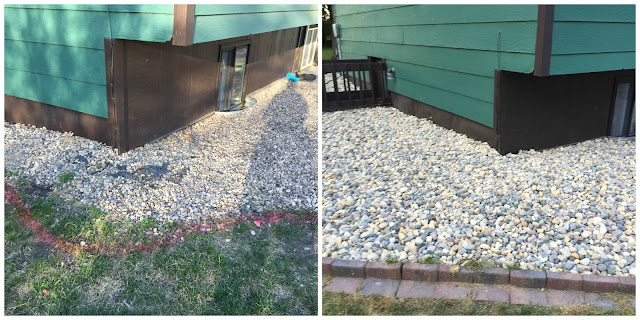 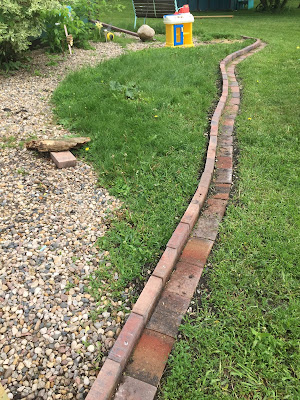 As you can see, we added quite a bit of rock to the front and back of the house. We thought a more gradual curve would look better (and frankly, it's much easier with the pavers). 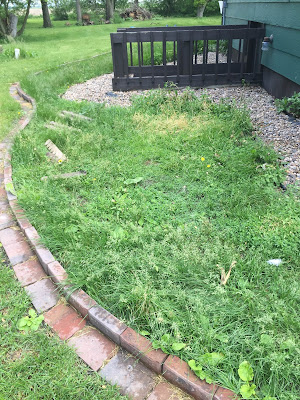 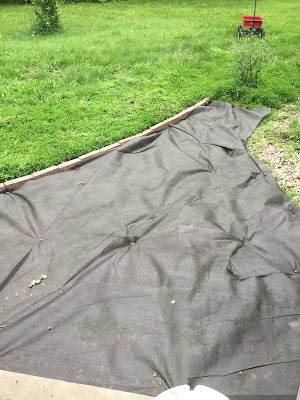 It's worth spending the extra money and getting both the 3 and 6 foot wide landscaping fabric. I used the 6 foot when the curve swung out and the area was larger, but the 3 foot was nice when the path narrowed. It's easier to have both sizes so you're not trying to make the wrong width fit in the opposite area.