I'm working on a tutorial right now, but until that's ready, I figured I would share a new product I found while shopping with a friend (shout out to my home slice Lisa!) at Target. I'm all about the chalkboard craze. Before Pinterest made it cool, I had a chalkboard hanging in my room in high school. It was a great place to doodle and leave notes. So, I'm loving that new accessories are coming out to make drawing a bit more refined (my sidewalk chalk skills aren't all that great..just ask my 5 year old daughter).

I love chalkboard markers. I have used them pretty regularly since they came on the market. However, they are very bold. You don't get a whole lot of control with how much comes out of them. It's hard to shade in without just creating a blob of liquid chalk which inevitably will smear all over the drawing when you try to remove it. Which leads to cursing and wine drinking...which really doesn't help the whole "staying in the lines business." Then I saw these new fangled chalkboard pencils. Yes. Think colored pencils but for a chalkboard. They even sharpen like pencils. (Say what!?) Although my husband, aka the Grinch,  is strictly on the "No Christmas Decorations until after Thanksgiving" bandwagon, I decided to give them a try with some Christmas art. He will just have to advert his eyes for a few more days. 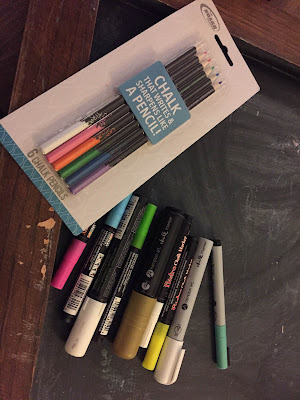 
First of all, chalk pencils are seriously awesome for outlining what you want to draw. Instead of doing my usual chalk on paper and trace the paper trick, I could sketch right on the chalkboard. The pencils erase easily, and you can control how dark you want the pencil line to be. It made doing my large chalkboard way easy. I just sketched the entire thing and followed with a chalk marker. 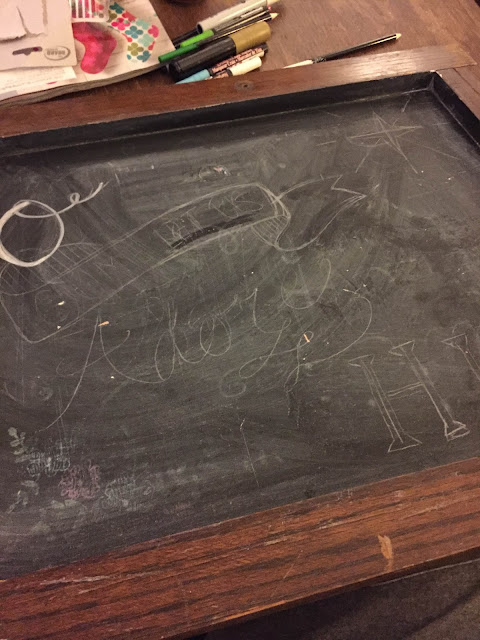 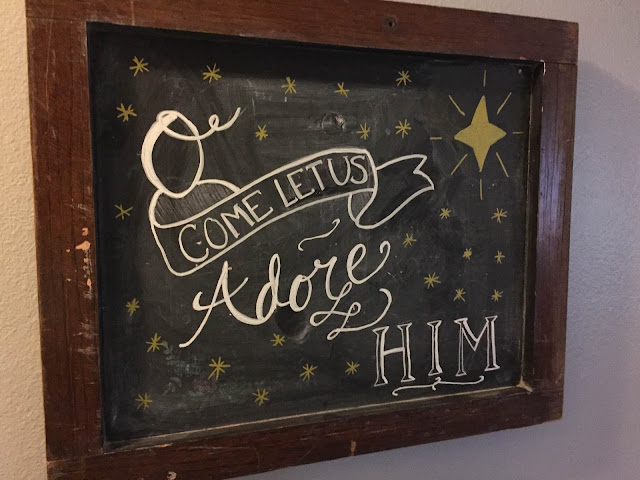 I also used the chalk pencils on some smaller chalkboards where I wanted a more sketched look. The dark colors (blue and purple specifically) don't translate very well to the black chalkboard, but maybe they would work well on a lighter color chalkboard. They erase much easier than markers which made correcting mistakes as I went much easier. However, that also means that they will easily erase if they rub against something else. And of course, they smudge and blur easier. 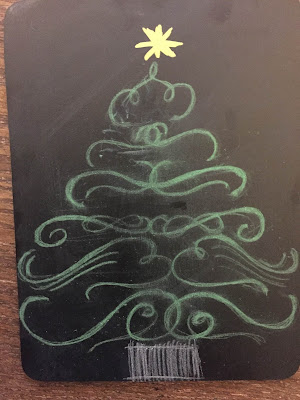 So, over-all I'm happy that I found the pencils. Although now I'm wondering where that chalkboard from high school ended up....(Mom?!?)